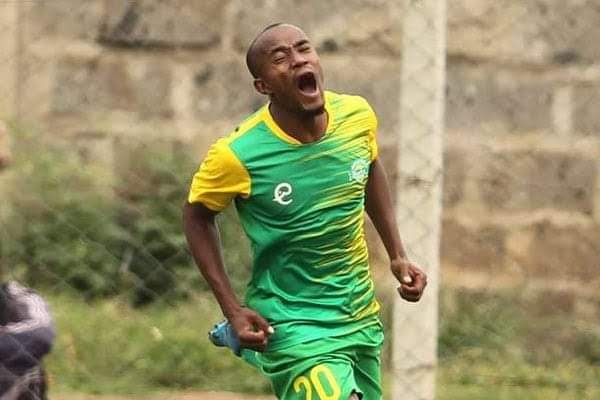 The seventh round of matches in the local domestic top flight were played this weekend despite it being matchday 11. Plenty matches have been postponed due to the ongoing coronavirus pandemic and some teams have only played a single game.

Following the sixth round of matches in the embryonic Kenya Premier League, Kenya Commercial Bank FC (KCB) are still in full control of the standings with 18 points.

KCB have not dropped any points and have only conceded one goal as Zedekiah ‘Zico’ Otieno’s charges continue to show their intent of clinching the title for the first time in their history.

They lead Kariobangi Sharks by 3 points and 2016 champions Tusker FC are in third place with 14 points.

Here is the SportPesa Blog’s Team of the Week:

In goal, Wazito FC’s Fredrick Odhiambo is the pick. The former Gor stopper was in fine form as he made three key saves to keep his side in the game as Wazito held on for an all important 1-0 victory against AFC Leopards SC.

Sharks defender John Kuol is the first defender on the team of the week list as he was rock solid throughout the encounter and to top it all off he scored the winner in fine fashion as they edged Gor 4-3 in a thrilling encounter.

Another Sharks defender also makes it into the team in the form of Daniel Sakari. The energetic defender proved to be too hard to contain for the Gor defense and his exploits also saw him get on the scoresheet in the 18th minute with his side’s second goal of the game.

Dennis Ng’ang’a continued to show why he was such a good addition to the Wazito side as he was instrumental in the defensive line and also came close on two occasions due to his prowess from dead ball situations.

Former Gor midfielder Lawrence Juma had an outstanding performance over the weekend as he scored his first ever league hat-trick and the first of the KPL season thus far. His two first half goals and a third in the 93rd minute steered Sofapaka to a 4-2 win against Mathare United.

The third Wazito player in the team is none other than the well known magician Kevin Kimani. He was on target yet again this season as he scored his side’s only goal in the narrow 1-0 win against Leopards on Saturday.

What a weekend it was for Sharks new signing Douglas Mokaya who on his debut managed two assists and an impressive 58 touches on the ball as his side cruised past the holders Gor, definitely earning him a spot in the week’s finest.

Despite Bandari being held to a 1-1 draw by lowly Zoo FC, midfielder William Wadri‘s inclusion is necessary as his dribbling ability and pacy runs up and down the wing were key in his goal and ensuring that the dockers did not drop all points.

Tusker FC’s Henry Meja is the first forward in the team as he was responsible for the only goal in the game as the brewers edged Kakamega Homeboyz FC 1-0 to retain third spot on the league table.

The final player in the Team of the Week is Sharks forward Eric Kapaito. The steaming forward added to his league tally with a hard-fought brace that was key in his side’s 4-3 win against champions Gor.

One thought on “MATCHDAY 11: KENYA PREMIER LEAGUE TEAM OF THE WEEK”