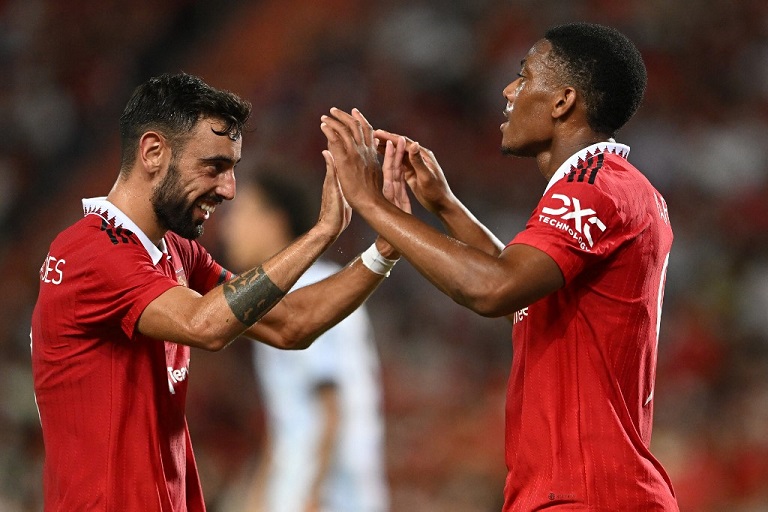 Erik Ten Hag’s Manchester United will battle it out against Nottingham Forest in their first EPL game since the World Cup break on Tuesday.

The Red Devils beat Fulham 2-1 in their last league game on November 12, while Forest were also 1-0 winners against Crystal Palace.

United come into the game in 5th place with 26 points, knowing that a win will see them retain their position on the log.

The newcomers Nottingham Forest on the other hand are in 19th place with 13 points, needing at least a point to climb out of the relegation zone.

The Red Devils have two league games before the end of the year, with their next fixture coming away to Wolverhampton Wanderers on December 31.

This is their first match since an 8-1 victory over them during the 1998-99 campaign, while the Reds have not beaten Man United since December 1994.

The visitors will be confident after losing just once in their recent run of 5 games, which includes a famous 1-0 victory over Liverpool.

Despite this, they have the worst away record in the league, picking up just two points from seven matches, conceding 19 times and scoring only once.

Will this be a routine victory for Man United or can Forest pull an upset? Make your predictions here.

What time does Man United vs Nottingham start?

The hosts may have to play with an unfamiliar back four with Lisandro Martinez and Raphael Varane still unavailable after the World Cup final.

Harry Maguire is a doubt but may be passed fit to start and will pair alongside Victor Lindelof in the defense, flanked by Luke Shaw and Aaron Wan Bissaka.

Marcus Rashford seems to have found his old self and will start alongside Anthony Martial up front, supported by Bruno Fernandes.

For the visitors, Dean Henderson is ineligible against his parent club, while Serge Aurier, Gibbs-White and Wayne Hennessey face late fitness tests.

Brennan Johnson and Taiwo Awoniyi are both set to start as well as former United midfielder Jesse Lingard in the final third.

From the six matches played between these two sides, United have won five times while the remaining game resulted in a 1-1 draw back in 1995.

The home team have won 3 and lost 2 of their last 5 matches, whilst Forest have lost 3 times and won twice. Neither team has shared spoils in that run.

Just like their recent games, this one is not expected to produce a stalemate. Man United are favorites to win comfortably on the night.