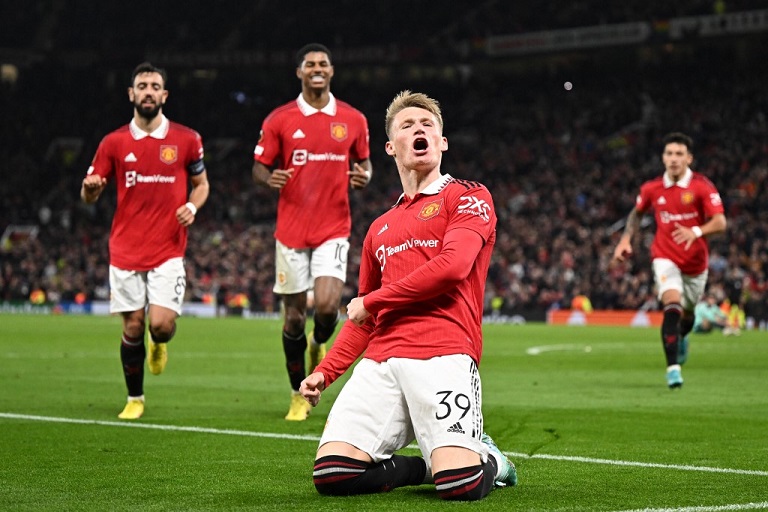 Following the end of the FIFA World Cup, top European leagues are all set to resume and Manchester United kick things off with a game against Burnley in the EFL Cup.

Both sides are looking to book a place in the quarterfinals of the competition but it will not be a walk in the park.

Burnley, who were relegated from the English top flight last season, beat Crawley Town 3-1 to progress to this stage of the EFL Cup.

While Manchester United beat Aston Villa 4-2 in an enthralling encounter to keep their hopes of winning a Carabao Cup title alive.

Burnley have strung together a four-game winning streak and will have faith that they can topple the English Premier League outfit on Wednesday.

The 20-time English champions last lifted the trophy in 2017 by beating Southampton and Erik Ten Hag is keen to secure silverware in his first season.

The League Cup is not a priority competition for the Clarets this season as they bid to secure a return to the Premier League for the 2023-24 campaign.

Burnley have actually never won the League Cup but they lifted the FA Cup in 1913-14.

They are top of the Championship with 47 points from their opening 23 matches, which has left them six points clear of second-placed Sheffield United.

Meanwhile, United are in fifth place on the English Premier League table with 26 points but have lost both their friendly games since their league win at Fulham.

Who will progress to the quarters of the competition? Click here to make your predictions for the game.

What time does Man United vs Burnley start?

Raphael Varane and Lisandro Martinez will not feature in this game having just participated in the World Cup final.

Axel Tuanzebe, Jadon Sancho, Harry Maguire and Diogo Dalot are also others that are not expected to be part of the squad.

Youngster Tyrell Malacia and Christian Eriksen are expected to start this game as well as Anthony Elanga to provide the attacking threat up front.

Alejandro Garnacho and Anthony Martial are also going to be part of the starting XI.

For the visitors, Connor Roberts was sent off against MIddlesbrough which will rule him out of this game through suspension.

There will also be changes from the side that started in the league at the weekend, with Ashley Barnes, Charlie Taylor, Bailey Peacock-Farrell among those set to come into the XI.

The visiting team has a poor record against United, winning only twice from the 17 games they have played against each other.

United have won 10 times, most recently being a 3-1 win last December but the last game they played resulted in a 1-1 league draw in February.

Neither of these teams have shared the spoils in their last 5 games, with Burnley boasting a better record in that run – 4 wins and one loss.

The red devils have lost 3 times in that run and managed 2 wins, meaning they need to avoid a third consecutive loss.

The Clarets are full of confidence and are expected to put up a fight on the night. Both teams are tipped to score in this game but United may have the edge to win narrowly.