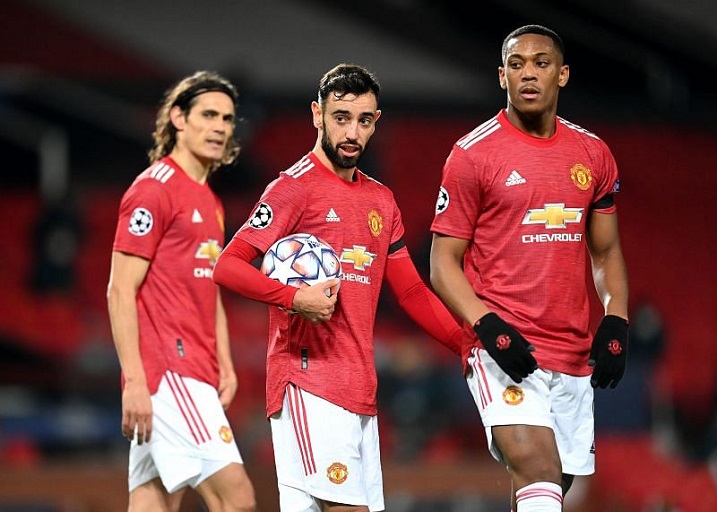 The Red Devils boast a 2-0 advantage as they welcome Spanish outfit Granada to Old Trafford for the second leg of their UEFA Europa League quarterfinal clash.

Goals from Marcus Rashford and Bruno Fernandes handed Manchester United the first leg win, with two important away goals as the icing on the cake.

After dropping down from the Champions League in somewhat disastrous fashion, the Red Devils are certainly regarded as the favourites to go all the way in this season’s Europa League.

Despite failing to breach the Red Devils’ defence in the first leg, Granada have managed to score at least once in their last 12 away matches in all competitions.

Many English fans are licking their lips at the prospect of a tantalizing final match-up against eternal rivals Arsenal who have a second leg clash against Slavia Prague.

What time does Man United vs Granada start?

Ole Gunnar Solskjaer’s absentee list grew as Luke Shaw, Harry Maguire and Scott McTominay were all booked in the first leg and are suspended for the second leg.

Edinson Cavani will lead the United attacking line, hoping to add on to the goal he scored in Man United’s 3-1 win against Tottenham over the weekend.

Quini is ineligible to play in the Europa League and so is Neyder Lozano. Luis Milla is recovering from a hamstring injury, meaning Yangel Herrera and Maxime Gonalons will start.

Up front, the experienced Roberto Soldado will lead the line, probably assisted by Luis Suarez.

The encounter last week was the first time these two sides have played against each other.

The hosts come into the game on an exemplary run of form, winning all of their last 5 matches.

Meanwhile, Granada beat Valadollid 2-1 on the weekend and that was their only victory in their last five games – losing the remaining four.

It is highly unlikely that Granada can get anything out of this game despite their ability to score goals away from home. Man United will win on the day and qualify for the semis.