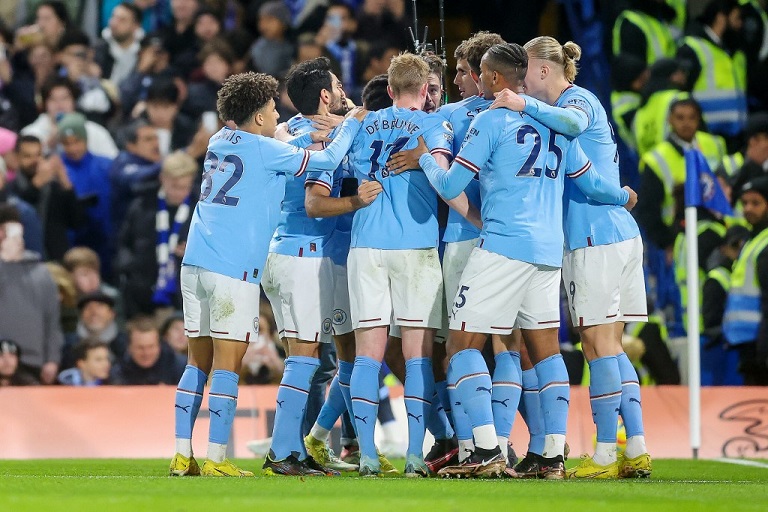 Manchester City now welcome hapless Chelsea to the Etihad in their second match in four days as they renew their rivalry in the FA Cup.

City beat Chelsea 1-0 on Thursday in the English Premier League courtesy of a Riyad Mahrez goal and can make it two wins in quick succession here.

The EPL champions have exited the FA Cup in the semi final stage three successive times after last winning the trophy in 2019.

Chelsea on the other hand have been very unfortunate in the competition, losing the last three consecutive finals since winning the FA Cup in 2018.

Prior to victory at Stamford Bridge, Man City overcame Chelsea 2-0 in the third round of the EFL Cup on November 9.

Graham Potter’s side will take consolation in the fact that they have beaten Man City in their last two FA Cup ties.

Chelsea have lost five of their last six away games against Man City across competitions – their only win coming in a 2-1 result in May 2021.

Having already been knocked out of the Carabao Cup to City this season, Chelsea could lose to the same team in two different cup competitions for the second season in a row.

The Blues have a long injury list and are on a dismal run of form but could they stun the English Premier League champions in the FA Cup once again?

Defensive duo of Aymeric Laporte and Ruben Dias are the notable absentees from the hosts line up as they nurse hamstring injuries.

Guardiola is expected to make full use of squad rotation here with the likes of Erling Haaland, Phil Foden and Bernardo Silva set to start on the bench.

This gives room for Julian Alvarez to lead the attacking line, supported by Mahrez and Jack Grealish in the final third.

Upcoming starts Carney Chukwuemeka, Omari Hutchinson and Lewis Hall may all be handed starts for the visitors as their injury list continues to grow.

Raheem Sterling and Mason Mount were replaced in the first half on Thursday and will be unavailable.

Though, Pierre Emerick Aubameyang may get yet another chance to prove himself from the start.

Chelsea have a good record against City and have won 71 out of the 172 matches played between the two teams, as opposed to Man City’s 63 victories.

Potter’s side have only managed one win in their last 5 games and have lost four times – a very poor run of form.

The visitors on the other hand are unbeaten in that run after winning four games and sharing the spoils in another.

This fixture has not produced over 2.5 goals in the last four matches and this is expected to be just as cagey as the rest. With Chelsea’s poor run of from and huge injury list, Man City are tipped to edge the contest and come out on top.