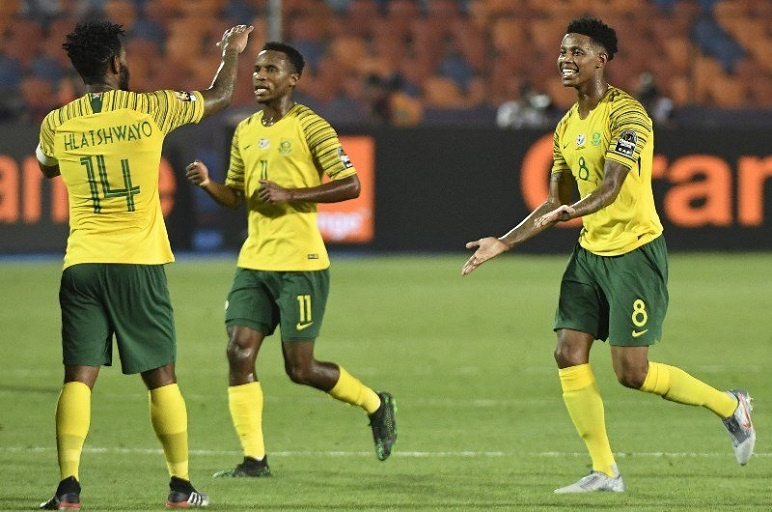 Only a point separates these two sides ahead of a mouthwatering 2021 Africa Cup of Nations qualifier in Khartoum on Sunday, with the winner all but securing a spot in the finals.

The hosts come into this clash on the back of a 2-0 victory away to Sao Tome and Principe, with goals in each half from Mohammed Abdel-Rahman and Saifeldin Malik Bakhit giving them all three points.

South Africa on the other hand, had to settle for a 1-1 draw against the Black Stars of Ghana, leaving both sides level on 10 points after five rounds of matches.

Sudan are in third place with 9 points, whilst Sao Tome and Principe remain at the tail end after a dismal campaign that has seen them not even record a single point.

While a draw will be enough for the visitors, Sudan need all three points to book their place at the finals which will be held in Cameroon.

SportPesa Kenya’s blog has a look at everything pertaining to this do or die clash on Sunday evening.

What time does Sudan vs South Africa start?

The game is scheduled to kick off at 7pm Kenyan time at the Al Hilal Stadium.

Kermit Erasmus is the only player who is an injury concern after suffering an ankle injury while playing for Mamelodi Sundowns.

There are no injuries reported for the Sudan team that is comprised of 18 players that feature in the local league.

These two sides have met three times in their history and Bafana Bafana have a 100% record against their opponents. The last match ended 1-0 courtesy of a goal from Lebogang Phiri.

South Africa have lost once in their last five matches, winning twice and drawing another game.

The hosts have lost twice in their last five matches, but are currently on a two-match winning streak.