CAN CHELSEA MAKE IT TWO WINS IN A ROW AGAINST ARSENAL? PREDICTION 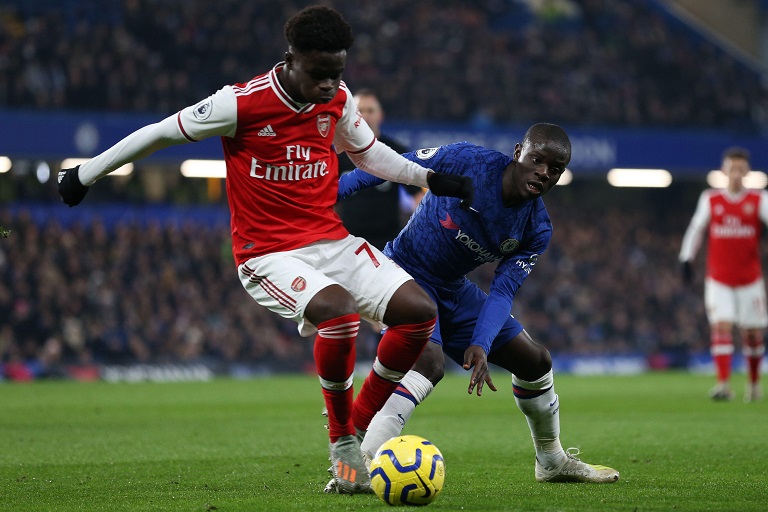 The second week of the English Premier League campaign brings with it a super fixture as Arsenal host Chelsea at the Emirates on Sunday.

The season began horribly wrong for Arsenal as they went down 2-0 to newcomers Brentford at their Community Stadium.

Meanwhile, Thomas Tuchel’s Chelsea cruised to a comfortable 3-0 victory over Crystal Palace at Stamford Bridge to take them to second place on the log.

Arsenal have a fairly solid home record against Chelsea and they’ll need to pick up all the spoils to ease the pressure on head coach Mikel Arteta.

A 3-1 win in this game last season kickstarted a seven-game unbeaten run for the Gunners and with the tough fixtures coming thick and fast, an early scalp against title contenders Chelsea will do wonders for their confidence.

Who will be victorious on Sunday? Play here and make your predictions

What time does Arsenal vs Chelsea start?

The game kicks off at 6:30pm Kenyan time at the Emirates Stadium.

The Gunners were without their star forward Pierre-Emerick Aubameyang for their opening day loss but the Gabon international is back for selection.

Alexandre Lacazette, Willian and Alex Runarsson will all miss the clash after returning positive COVID-19 tests.

Despite the signing of goalkeeper Aaron Ramsdale, Bernd Leno is expected too retain his spot in between the sticks.

For the visitors, Christian Pulisic is absent after testing positive for the coronavirus.

There is plenty of expectation and hullaballoo surrounding whether new signing Romelu Lukaku will make his second debut for Chelsea.

If he does start, he will be supported up front by Mason Mount and Kai Havertz.

Arsenal vs Chelsea head to head

From 65 matches played between these two sides, Chelsea have won 24 times compared to Arsenal’s 22 victories.

The remaining 19 matches have resulted in a draw, with the last stalemate coming in a 2-2 thriller in January 2020.

The hosts come into the match on the back of a horrible run of form, failing to win even a single game in their last five encounters.

Chelsea on the other hand have not lost in their last 6 matches prior to this encounter.

Despite Arsenal having a decent home record against the Blues, it’s not going to be an easy outing for them. Chelsea are in stellar form and could come out on top on the day.