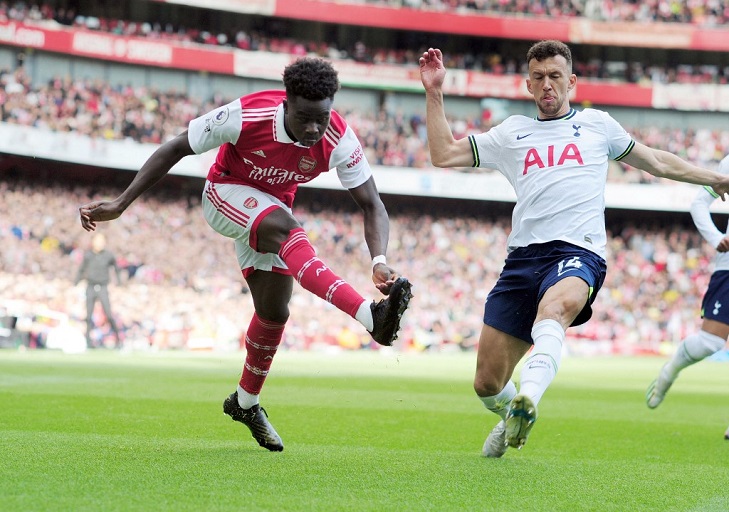 Tottenham Hotspur have a huge task on their hand as they host English Premier League leaders Arsenal in a much anticipated London derby.

Spurs beat Crystal Palace 4-0 in their last league game, leaving them in fifth place with 33 points.

Arsenal on the other hand were held to a barren draw by Newcastle in their last league outing, leaving them five points clear at the top with 44 points.

Tottenham are unbeaten in their last eight Premier League home games against Arsenal and have won their last three such matches in the competition.

Arsenal could complete a league double against Tottenham for the first time since the 2013-14 season – the last time they won an away league game against Spurs.

Arsenal are now unbeaten in their last 11 league matches, Arsenal also have five wins from their last six top-flight games on the road.

The Gunners are on course to win their first EPL title in 19 years and positive results in such huge games will prove very key at the end of the season.

Spurs have not scored in only one of their last 17 Premier League matches against Arsenal, with their only failure coming in a 2-0 defeat in 2017.

Can Mikel Arteta’s side continue their impressive unbeaten run or will Spurs record yet another home win the derby?

Click here to place your bet and make your predictions for this clash on SportPesa.

What time does Tottenham vs Arsenal start?

Dejan Kulusevski is back in training and is expected to get a place in the starting XI as Antonio Conte looks to field his strongest XI.

Richarlison and Lucas Moura and Yves Bissouma are still expected to miss out due to injury.

Harry Kane will lead the attacking line as he looks to add onto his 15 league goals already this season alongside Heung-Min Son.

For the visitors, Eddie Nketiah will continue to lead the attacking line in the absence of Gabriel Jesus.

He will be supported by Gabriel Martinelli and Bukayo Saka in the wide areas as the rest of the team remains unchanged.

Tottenham vs Arsenal head to head

Arsenal have a good record against Tottenham and have won 85 out of the 206 matches played between the two teams, as opposed to Tottenham Hotspur’s 67 victories.

Both teams have only lost once in their last 5 games, with Spurs winning twice and drawing a similar number of games in that run.

Arsenal on the other hand have won three times and sharing the spoils in the barren draw at Newcastle.

There is no lack of goals from either side and we can be guaranteed over 1.5 goals in this match.

Spurs are very likely to win the game on the day and halt Arsenal’s winning run.