LIVERPOOL OUT TO BOUNCE BACK IN TRICKY BRIGHTON TEST. PREDICTION 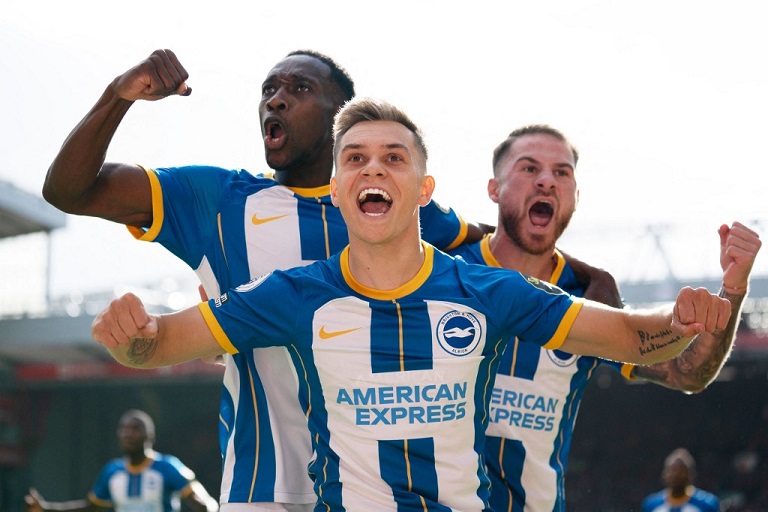 Liverpool travel to Brighton on Saturday for an important English Premier League clash hoping to get back to winning ways and leapfrog them on the table.

Brighton are coming into the game from a 5-1 demolition of Middlesbrough in the FA Cup while Liverpool were held to a 2-2 draw by Wolves.

The hosts are in 8th place with 27 points, one less than Liverpool who are in seventh place on the log.

Liverpool suffered a 3-1 humbling at the hands of Brentford in the Premier League last weekend and are desperate to bounce back to winning ways.

Brighton have scored 32 goals after 17 games in the Premier League so far this season but at this same point last term, they had scored just 16 goals.

After failing to win their first five league games under Roberto De Zerbi, Brighton have won four of their last six under the Italian manager.

Liverpool have scored and conceded in each of their last six games in all tournaments but have only won two games away from home all season.

Liverpool have not lost in their 10 previous visits to Brighton, including a 2-0 success at the Amex in March, despite a Leandro Trossard hat-trick.

What will be the outcome of this match? Click here to place your bet and make your predictions for the game.

What time does Brighton vs Liverpool start?

The game kicks off at 6pm Kenyan time at the Amex Stadium.

The only main injury concern for the hosts is the absence of Jakub Moder who is injured.

Alex MacAllister is set to return to the starting line-up, meaning Adam Lallana is set to settle for a place on the bench.

Evan Ferguson is likely to enjoy yet another start up front to lead the attacking line after he enjoyed a good game last time out for the hosts.

For the visitors, Cody Gakpo did not have a rather favorable debut but he is set to retain his place in the starting XI, as well as Alex Oxlade-Chamberlain.

Virgin vsn Dijk is unavailable so Ibrahima Konate and Joel Matip will be the heart of the visitors defense.

Brighton vs Liverpool head to head

Liverpool have lost just one of their last 11 Premier League matches against Brighton, winning seven and sharing the spoils in the remaining 3.

The solitary 1-0 defeat came at Anfield in February 2021.

The home team have only lost once in their last 5 games, winning 3 and sharing the spoils in one game, while Liverpool have lost twice and won twice in that run.

Neither side has been lacking goals recently and this game is tipped to produce at least one from either side. The reds have not ben convincing and may be lucky to come out of this match with a point.