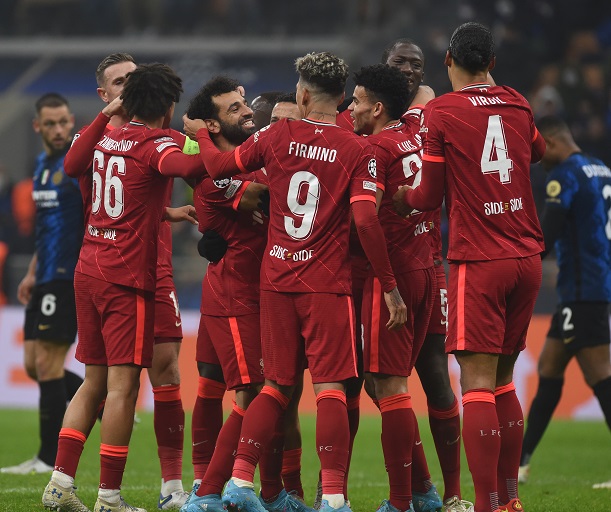 Liverpool are looking to register a fourth straight win in the English Premier League for the first time this season when they host Leicester City.

The reds resumed league duty with a 3-1 win against Aston Villa on Boxing Day, while Leicester were unlucky in a 3-0 demolition by Newcastle.

Jurgen Klopp’s side come into the game in sixth place with 25 points, while the Foxes have 17 points and are 13th on the log.

Liverpool’s top-flight scoring streak at Anfield does stand at a whopping 31 matches since a 1-0 loss to Fulham in March 2021.

Roberto Firmino and Mohamed Salah have both scored seven league goals for Liverpool this season and will be keen to add onto their tally.

Liverpool eased to a 2-0 success over the Foxes in February after ending 2021 with a 1-0 loss to Leicester at the King Power.

Leicester have been better performers on the road, recording four straight away wins including EPL wins at Wolves, Everton and West Ham.

All 3 points still will not guarantee Liverpool a place in the top five but it will be a huge step toward their comeback after already losing four games this season.

The game comes at at time when, despite heavy links to Manchester United, Dutch attacker Cody Gakpo will join Liverpool from PSV Eindhoven.

Are the reds favorites to make it four consecutive league wins? Click here to place your bet on this game.

Firmino is a doubt with a thigh strain and may join long-term absentees Luis Diaz and Diogo Jota on the sidelines.

Ibrahima Konate is back after his appearance in the World Cup finals and is set to pair alongside Virgil Van Dijk in the heart of defense.

Salah was undoubtedly the star performer in their last game and will lead the attacking line alongside Darwin Nunez and Fabio Carvalho.

The Foxes will be without the services of Dennis Praet who was taken off after 17 minutes in their defeat to Newcastle and joins a host of injured first team players.

Patson Daka may drop to the bench, giving Jamie Vardy a chance to be part of the starting XI after coming off the bench in their recent clash.

In 18 head-to-head encounters between the two sides, Liverpool hold the clear advantage. They have won 11 games, lost five and drawn two.

Both teams have managed three wins in their recent run of five games but Liverpool have lost twice, compared to Leicester’s sole defeat to Newcastle.

The home team have a good goal-scoring record at home and are expected to score more than two goals in this game on their way to yet another 3 points.