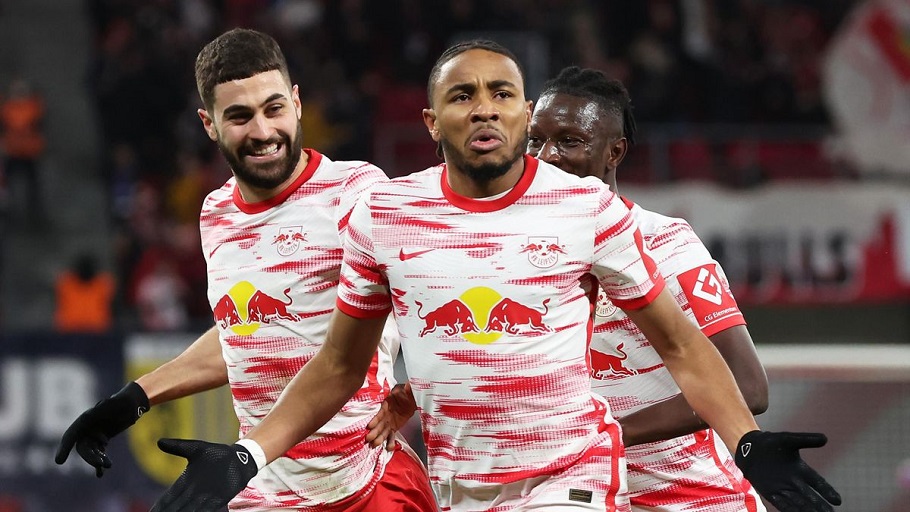 The hosts qualified for the playoff by finishing third in Champions League Group A, whilst Sociedad finished second to Monaco.

Leipzig are coming off a 3-1 victory over Cologne to move into the top four of the Bundesliga for the first time this season.

While Sociedad beat Granada 2-0 on Sunday to move into the La Liga top six with 38 points.

The home side will be meeting Spanish opponents for the first time since overcoming Atlético Madrid 2-1 in the 2019/20 UCL quarter finals.

Leipzig should feel confident after beating Manchester City and drawing with Paris Saint-Germain here during their UCL campaign.

What will be the result for this game? Play here to make your predictions for the clash.

What time does Leipzig vs Sociedad start?

The game kicks off at 11pm Kenyan time at the Red Bull Arena.

Christopher Nkunku has been in top form for the hosts and will most certainly start to lead the attacking line.

Dani Olmo is fit again, as well as Domink Szoboszlai and Emile Forsberg.

Andre Silva is expected to be the lone striker up front.

For the visitors, top scorer Mikel Oyarzabal and Alexander Isak will be the key men up front.

Carlos Fernandez, Nacho Monreal and Ander Barrenetxea are all unavailable through injury.

Leipzig vs Sociedad head to head

These two matches have never played against each other and this will be the first encounter.

The hosts are on a good run coming into the game, winning four times and losing just once in their last five matches.

Meanwhile, Sociedad have only won twice in that run while losing another and sharing the spoils in the remaining two fixtures.

There’s a potential for goals in this clash but with the home advantage, Leipzig are expected to get a win to take into the second leg.