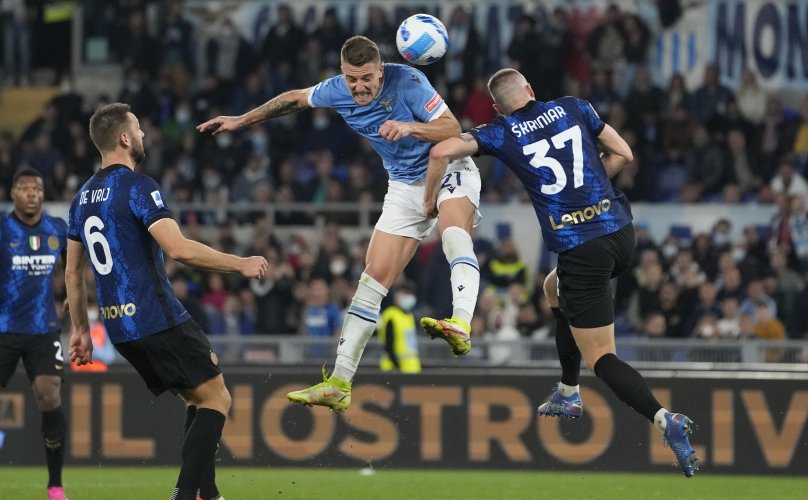 Lazio will host Atalanta on Saturday, knowing they need a win if they are to remain hot on the heels of the top teams in the country.

Lazio are coming off a comfortable 3-0 victory over Salernitana while Atalanta were held to a barren draw by Inter Milan.

Two of Calcio’s most entertaining teams convene in the capital, having racked up 90 league goals between them this term.

Lazio have recorded at least three goals in six separate Serie A matches – more than any other side during that time.

Play here to make your prediction for the mouthwatering clash.

What time does Lazio vs Atalanta start?

The game kicks off at 10:45pm Kenyan time at the Stadio Olimpico.

Felipe Anderson and Ciro Immobile will lead the attack for the hosts, possibly joined by either Raul Moro or Luka Romero.

Jean-Daniel Akpa Akpro remains at the Africa Cup of Nations with Ivory Coast.

For the visitors, star forward Duvan Zapata is out with a muscular issue and Robin Gosens is still yet to return.

Luis Muriel will need to up his goal-scoring form to lead the Atalanta attack.

Lazio vs Atalanta head to head

From the 39 matches played between these two sides, Lazio have been victorious 18 times, compared to Atalanta’s 11 wins.

The remaining 10 have resulted in a stalemate, including a 2-2 draw the last time in October 2021.

The hosts have won three times in their last five encounters, losing once and sharing the spoils in another.

Meanwhile, Atalanta have won two in that run and drawn the same number of times – losing just once.

This game will definitely produce a goal from each team side and could potentially end in a draw.