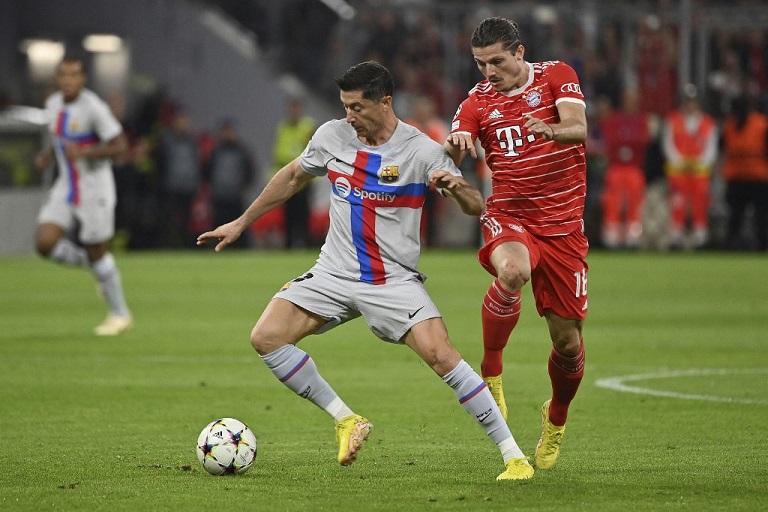 Barcelona need nothing short of a convincing win against Bayern Munich if they can have a chance at Champions League qualification.

The Catalana outfit are third in Group C with 4 points, 8 behind leaders Bayern but 3 adrift of second place Inter Milan.

Inter host Viktoria Plzen earlier in the evening, and a win for the Italian side would see them qualify, ending Barca’s hopes of reaching the round of 16.

The La Liga giants need a favor from Plzen and then to beat Bayern, but they have picked up just a point from their last 3 UCL games.

The first leg ended 2-0 in favor of Bayern courtesy of goals from Lucas Hernadez and Leroy Sane.

Bayern have not lost to Barca since the semis of the 2014-15 Champions League, going down 3-0 at Camp Nou in the first leg.

Barcelona have lost their last five matches against Bayern in the UEFA Champions League – their worst record against a single opponent in the competition.

Will Xavi’s side have a glimmer of hope after the heavyweight clash on Wednesday night?

What time does Barcelona vs Bayern Munich start?

The game kicks off at 10pm Kenyan time at Camp Nou.

Andreas Christensen and Memphis Depay remain on the sidelines and are joined by Ronald Araujo.

Hector Bellerin is expected to start in the absence of Sergi Roberto, who dislocated his shoulder over the weekend.

Robert Lewandowski will lead the attacking line against his former side, supported by the Spanish duo of Gavi and Pedri.

The visitors are without Manuel Neuer, Lucas Hernandez, Leroy Sane and Bouna Sarr who are all injured.

Sadio Mane will be the main man up front, with Serge Gnabry and youngster Jamal Musiala in support of the Senegalese forward.

From 13 games played between these two sides Bayern boast the better record after 8 wins, compared to Barca’s 4 victories.

In their recent run of 5 matches, the hosts have lost once and shared the spoils in one other game while winning 3 times.

Bayern on the other hand are unbeaten in that run, winning 4 games and dropping points in the other one.

With the pressure piling on the home team, they are expected to turn their fortunes around and at least win on the night.