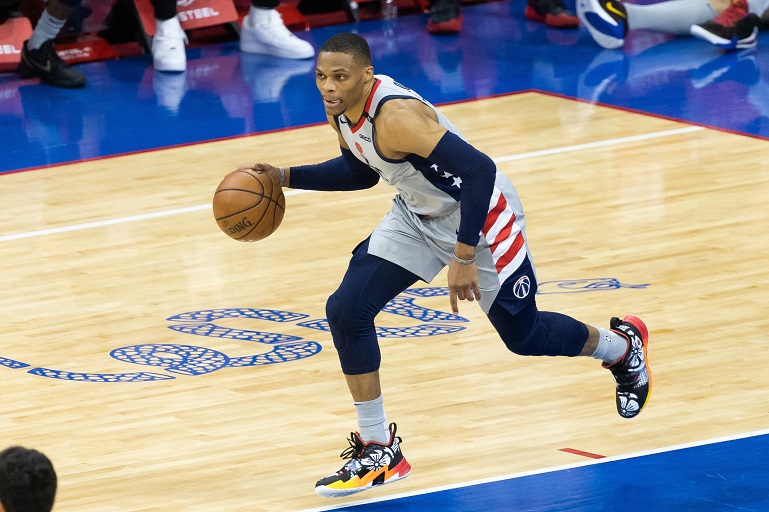 The LA Lakers confirmed a mega NBA swap deal that will see Russell Westbrook join the 2020 Champions from the Washington Wizards.

The deal sends Kyle Kuzma, Montrezl Harrell and Kentavious Caldwell-Pope plus the 22nd pick in Thursday’s NBA Draft to the Wizards for Westbrook and two future second-round NBA Draft picks.

Westbrook, who grew up in suburban Los Angeles, averaged 22.2 points, 11.5 rebounds and 11.7 assists a game for the Wizards last season and confirmed his departure on Twitter.

“Thank you DC! You welcomed my family and I with open arms from day one,” Westbrook tweeted.

“Everyone from the front office, to the training staff, the coaches, my teammates, and the fans. I’m grateful y’all took a chance on me and supported me every step of the way.

“It didn’t take long to make a home in DC, and I will forever be grateful and appreciative of my experience with the organization,” he added.

Westbrook was the 2017 NBA Most Valuable Player with Oklahoma City, where he played ffrom 2008 through 2019, was traded to Houston and then traded again last December to Washington, where he helped the Wizards reach the playoffs for the first time since 2018.

Nine-time NBA All-Star Westbrook, who won Olympic gold in 2012 at London, has led the NBA in assists in three of the past four seasons and was the NBA scoring champion in 2015 and 2017.