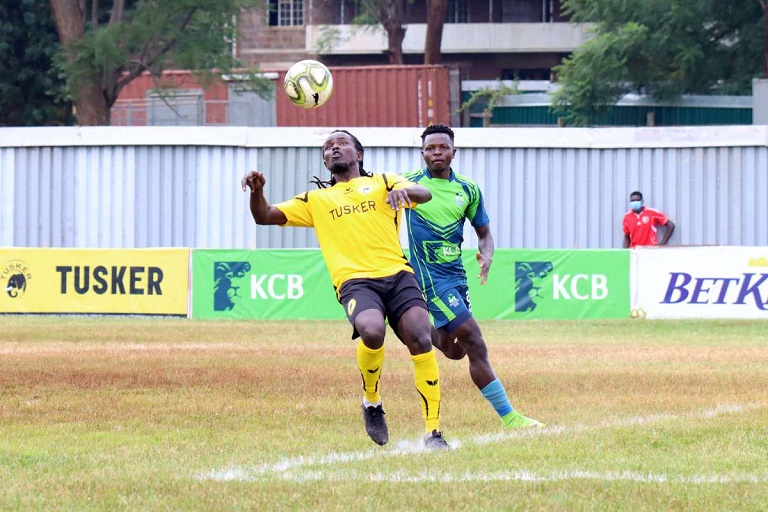 The bankers are sitting at the top of the league standings with 36 points, but after three successive draws for Tusker they are only one point ahead of their opponents.

The brewers on the other hand have not won in their last 3 games but remain on course for a chance to win a first league title since 2016.

Tusker FC coach Robert Matano maintains that despite the recent dropping of points, they still stand a chance.

“I feel like we lost that game against Wazito but the important thing is that we learn from the mistakes we made and switch our focus to the next game.

“The break due to the lockdown slowed down our pace and we are not yet back to full groove but I saw improvements and we are slowly coming back,” Matano told SportPesa’s blog.

These two sides met as recently as 11 days ago in the league and neither side managed to score as they shared the spoils in a barren draw.

Either side of that draw, Tusker have played out to two other stalemates against Nairobi City Stars and Wazito last Friday.

“We have been working to rectify our mistakes and prepare for the KCB clash the best way that we can, we are ready to give it our all.

“Getting another draw is not what we want as a club, so we have to go for all three points this Friday,” Matano concluded.

What time does KCB vs Tusker start?

The game kicks off at 3pm Kenyan time at the Ruaraka Grounds.

KCB vs Tusker head to head

The hosts have only managed one win against the brewers out of the 19 matches they have played against each other.

Tusker have won 11 times and another one has resulted in a draw.

The bankers have won three times from their last five games, lost once and shared the spoils once – the barren draw in the reverse fixture.

Tusker on the other hand are on a run of three successive draws and are yet to win a game since the restart a fortnight ago.

Following the recent barren draw, it’s unlikely that this game will fail to produce goals. Though, Tusker may bounce back and finally get a win to keep their hopes alive.