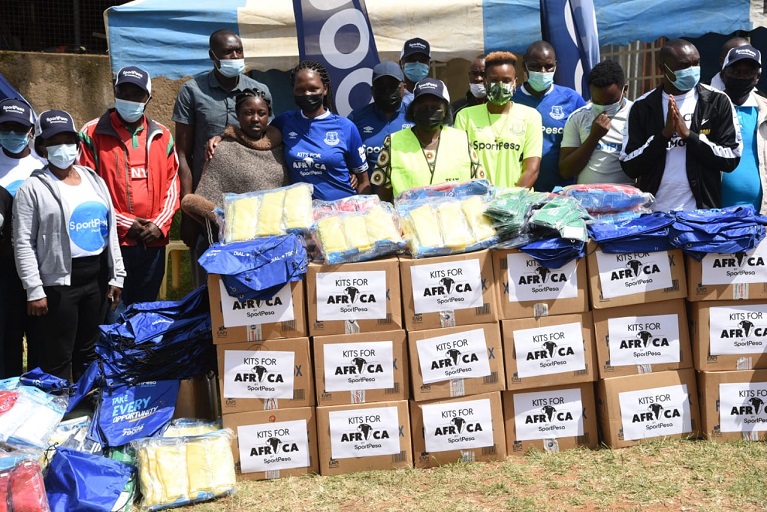 SportPesa on Friday morning distributed football kits to 33 teams in Uasin Gishu County as part of their Kits for Africa campaign.

The program has been in effect since 2016, where football kits are gathered and distributed to teams in need across the region.

“Football remains a key project under our operations and we are keen to support those who want to nurture their talent in this field.

“Kits for Africa is one of the many ways we want to prop up budding talent and we plan to continue doing this in the long-term,” said SportPesa Public Relations Manager Lola Okulo.

The gaming company which has recently launched its Euro campaign to reward customers with daily, weekly and monthly cash prizes said it will continue scouting for grassroots football teams to support.

The month-long football tournament will culminate with SportPesa rewarding one person with the handsome grand prize of 1,000,000KShs.

The Kits for Africa initiative encourages football communities abroad to donate their old kit to under-privileged grassroots teams across Africa.

This initiative has led to over 50,000 kits collected and passed on to football loving communities in Kenya, South Africa, Tanzania among other countries in the continent.