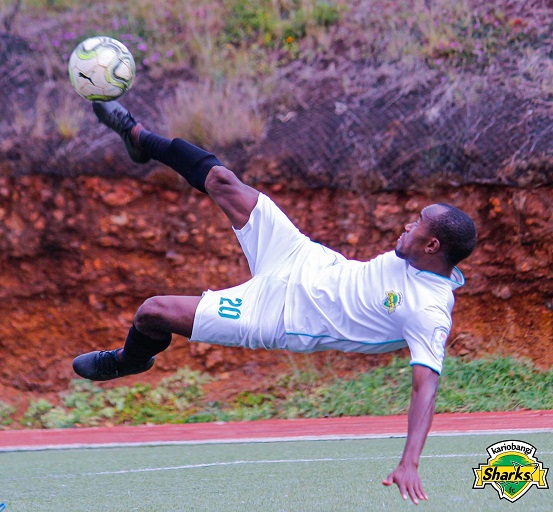 The race for the coveted Kenya Premier League title continues to heat up and as it stands, Tusker FC lead the standings with 44 points.

The brewers are looking for a first league title since 2016 and are followed closely by KCB (43) and AFC Leopards (40).

Mathare United are still having a torrid campaign and remain rooted to the bottom with 11 points, having won only two games this season.

Aside from the stiff competition teams are facing there have been standout performers throughout the campaign.

Here we have a look at the KPL Golden Boot contenders and how many goals they have scored for their individual teams.

The dynamic forward leads the scoring charts in the land, scoring 15 goals in 21 matches.

Sharks are currently on a five-match losing streak that has left them in 7th place with 31 points.

Despite his side’s recent turn for the worse, the 2018 Golden Boot winner cannot stop scoring, with his last goal coming in last weekend’s 4-1 defeat to Bandari FC.

His 14 goals are the reason that his side are in the top 3 keeping their hopes of a first league title in 23 years alive.

Rupia came to Leopards rescue over the weekend, scoring a 90th minute winner as they came back to beat Wazito 2-1.

Juma is proving to be the signing of the season after his switch from record Kenya Premier League champions Gor Mahia FC.

Scoring 11 goals from a midfield position is no easy achievement but Juma has made it look easy as the season has progressed.

Aside from scoring the only goal in an important win against KCB, Juma also scored a brace as his side battled to a 2-2 draw against Leopards.

The standout performer for the brewers has definitely been Henry Meja, with his 9 goals and 4 assists proving instrumental for Robert Matano’s charges.

Though he has hit a snag lately, his penalty in a 2-1 win over Western Stima could be a sign of more goals to come from the power forward.

Wadri’s 9 goals have propelled Bandari to sixth place on the KPL table with 31 points.