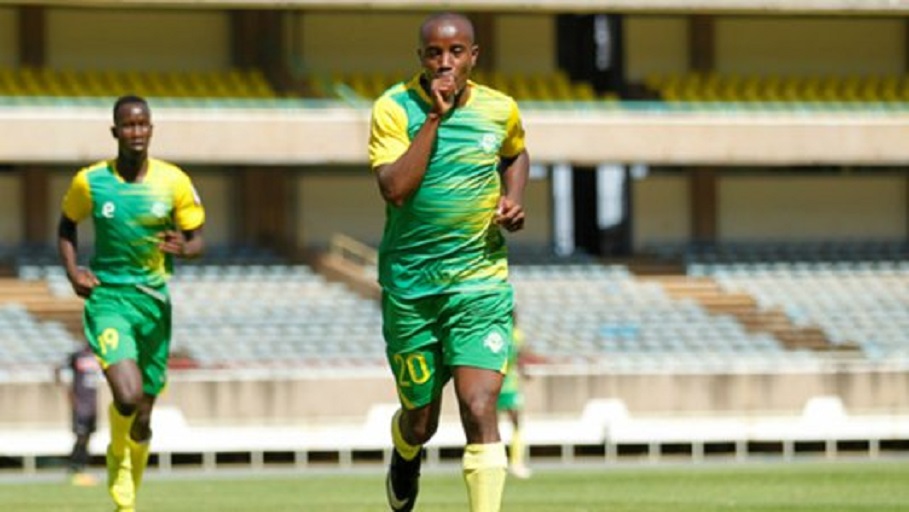 A total of 22 goals were scored during matchday 26 of the ongoing Kenya Premier League as Tusker FC maintained their lead atop the standings.

The brewers opened up a six-point gap between them and second place KCB FC, on course to winning a first league title since 2016.

The biggest winners of the week were Kariobangi Sharks as they demolished Vihiga United 4-0, moving up to fourth on the KPL table.

Holders Gor Mahia struggled for a 1-1 draw against Nairobi City Stars that saw them move down to fifth on the log.

Here SportPesa Kenya’s blog has a look at the top performers who make it into Kenya Premier League the team of the week.

In goal, Sharks custodian Brandon Obiero is the obvious pick. The young goalkeeper kept a clean sheet and made two incredible saves to ensure his side came out 4-0 winners on the day.

Ulinzi Stars defender Brian Birgen is a definite inclusion into the team after his dedication saw him score one of the two goals as Ulinzi beat Wazito FC 2-1, before beating Western Stima by the same scoreline.

Tusker FC captain Eugene Asike is also a notable inclusion to the team of the week as a series of great interceptions inspired his side to a 2-0 victory over rivals AFC Leopards on Friday afternoon.

Kevin ‘Chumsy’ Okumu scored a wonder goal to give Nairobi City Stars the lead against holders Gor Mahia. Despite the game ending in a 1-1 draw, that was enough to earn him a spot.

Sudanese international John Kuol displayed an extreme amount of composure and ball distribution abilities in his side’s demolition of Vihiga. Undoubtedly deserving to be in the team of the week.

Kuol’s teammate James Mazembe had a marvelous outing, providing two assists and adding a goal – the most contribution by any other player in the top flight over the matchday.

On the road to their 2-1 away win at Nzoia Sugar, Kakamega Homeboyz are grateful to have had Shami Kibwana in their side as he scored the opening goal and his contribution in the center of the pack was unmatched.

Up front, the first name that has to come to mind is Sharks forward Eric Kapaito. The KPL top scorer was captain on the day and continued his imperial run of form with a brace, taking his tally for the season to 21 goals.

Mark Bikobwa of Ulinzi Stars was instrumental as Ulinzi staged a comeback victory and his goal ensured all three points for the soldiers, who made it two wins in a row.

Chrispinus Onyango is the last inclusion into the team of the week after scoring the second goal in an all-important 2-0 victory over AFC Leopards last Friday.