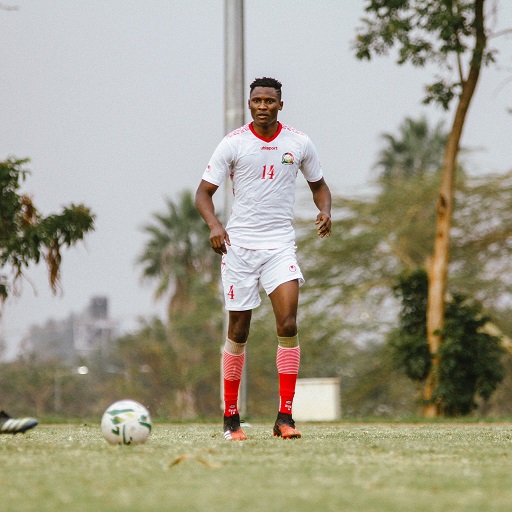 Kenya will take on the Uganda Cranes at the Nyayo National Stadium in Nairobi on Wednesday as the World Cup Qualifying matches kick off.

Looking to put the disappointment of unsuccessful AFCON qualifying campaigns behind them, the sides can do no better than securing a spot at next year’s global event.

These two teams are in Group E alongside Rwanda and Mali, who are in action on Tuesday afternoon.

Despite picking up four points from their final two qualifiers following a 2-1 win over Togo, Kenya could only manage a third-place finish in Group G.

Uganda, who were on course to feature at next year’s showpiece after amassing 7 points from their first three qualifiers, only managed to pick up one from the final three fixtures hence a third-placed finish in Group C.

All eyes will be on Jacob ‘Ghost’ Mulee’s charges as they boast home advantage and look to get things started off on a high.

What time does Kenya vs Uganda start?

The game kicks off at 4pm Kenyan time at the Nyayo National Stadium.

Captain Michael Olunga jetted into the country together with Sweden-based Eric Ouma to uplift the spirits at the Harambee Stars camp.

Other players such as Kenneth Muguna, Ian Otieno, Richard Odada and Masud Juma are other foreign-based players who reported to camp.

Unbeaten in four games, Jacob Mulee has unsurprisingly named a relatively unchanged squad from last time out with only a few new additions.

The visitors are also boosted by the inclusion of former Gor Mahia player Khalid Aucho and veteran forward Emmanuel Okwi, who plays for Al Itihad in Egypt.

Kenya vs Uganda head to head

The Cranes have been victorious on two occasions and another five have resulted in a draw, including a 1-1 draw last time they locked horns in 2019.

Mulee’s side have lost once in their last five games, a 2-1 defeat to Comoros but have won twice and drawn another two in that time.

Meanwhile, Uganda are without a win in their last five games – losing four and drawing once.

With the home advantage and a better recent run of form, the quality in the Kenyan side should be enough to gift them a win on the day.