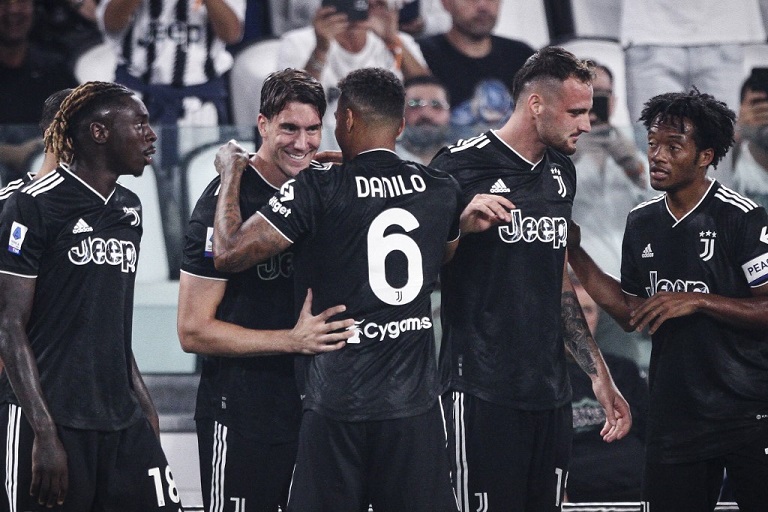 Record Italian league winners Juventus need a win against Salernitana on Sunday if they are to hop back into the top 5 of the Serie A.

Despite being unbeaten this season, Juve are in 8th place with 9 points after being held in three games already.

Their last outing resulted in a 1-1 draw against Fiorentina, while Salernitana also played out to a 2-2 draw against Empoli.

Juventus have scored in the first 10 minutes during each of their last three Serie A matches.

Juve have won 4 of the 6 previous fixtures against Salernitana, and the Granata failed to even score on 5 of those occasions.

Depending on other Sunday results, Juve can get back into the top 5 and remain on course for a record-extending 37th Scudetto.

Click here to play and make your predictions for the match.

What time does Juventus vs Salernitana start?

The game kicks off at 9:45pm at the Allianz Stadium.

Max Allegri is expected to rotate his squad significantly from the side that lost to PSG in the Champions League.

Weston McKennie came off the bench to score in Paris and will start alongside Manuel Locatelli.

Dusan Vlahovic will continue to lead the attacking line for the hosts.

Meanwhile, record-chasing Boualye Dia will lead the visitors attack in a side that will remain unchanged from their last outing.

Juventus vs Salernitana head to head

They have faced each other 2 times prior to this and Juve have won both by similar 2-0 scorelines.

These two sides have an identical record coming into this game – 1 win, 3 draws and 1 defeat in their last 5 matches.

It is not as easy as it may seem for Juventus but with the squad rotation, they could be fresh enough to grind out a narrow win on the night.