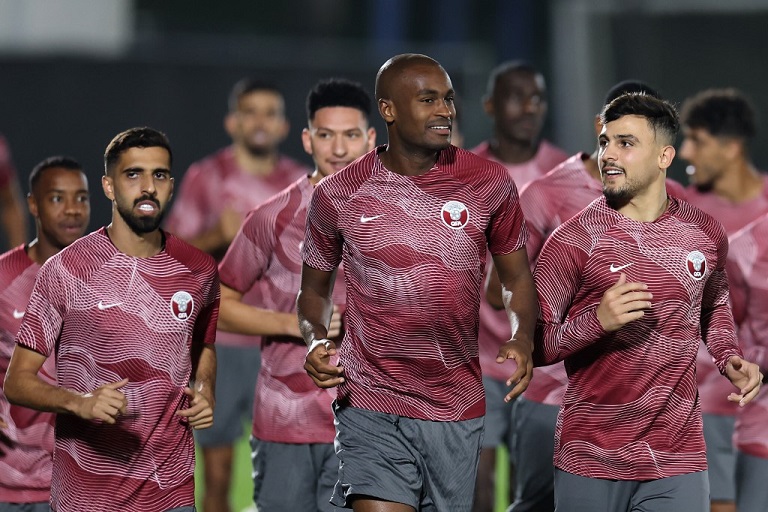 It’s finally time for the Qatar 2022 FIFA World Cup to get underway and the hosts are hoping for an opening win against Ecuador on Sunday.

This will be the only game played on opening day in a World Cup that is being played for the first time during this time of year.

It is Qatar’s first ever appearance at the finals and the pressure is on them against an Ecuador side that returns to the biggest stage for the first time since 2014.

Controversy has reared its ugly head ever since Qatar were awarded the hosting rights for the 2022 World Cup back in 2010 but we are finally here.

Africa Cup of Nations champions Senegal and 2010 World Cup finalists Netherlands are the other two teams in Group A.

Qatar are hoping they can avoid becoming the second host nation to fail to make it out of the Group stage after South Africa in 2010.

Ecuador have appeared at 3 editions of the competition in 2002, 2006 and 2014, but only once have they progressed beyond the group stages.

Ecuador have remarkably recorded 6 clean sheets from 6 games since the start of June, but they have only found the back of the net twice.

Who will begin the 2022 edition of the World Cup with a morale-boosting win ahead of the month-long tournament?

What time does Qatar vs Ecuador begin?

The game kicks off at 7pm Kenyan time at the Al Bayt Stadium.

Akram Afif will partner Ali up front, with both of them carrying the goal scoring hopes of a rather defensive line-up.

Captain Hassan Al-Haydos is targeting his 170th cap behind the strikers as he hopes to relaget Ali Asad to the bench.

Angelo Preciado or Robert Arboleda may fill the right-back slot for the South Americans, despite the latter only just coming back from an ankle fracture.

Neither Moises Caicedo, Carlos Gruezo or Jeremy Sarmiento featured in their last friendly ahead of the finals but are all expected to feature in the starting XI.

Qatar vs Ecuador head to head

The home team won the only competitive match played against Ecuador, a 4-3 victory back in 2018.

Both teams are unbeaten in their last 5 matches but Qatar are on a 4-match winning streak and are seeking a 5th straight win on Sunday night.

The South Americans on the other hand have won just once and shared the spoils in the remaining 4 games.

Based on their recent form, this is expected to be a surprisingly interesting encounter. The visitors are not known to concede a lot of goals so this may be a low-scoring draw.