IT’S TIME FOR THE SEMIS! WILL IT BE ARGENTINA OR CROATIA IN THE FINAL? PREDICTION 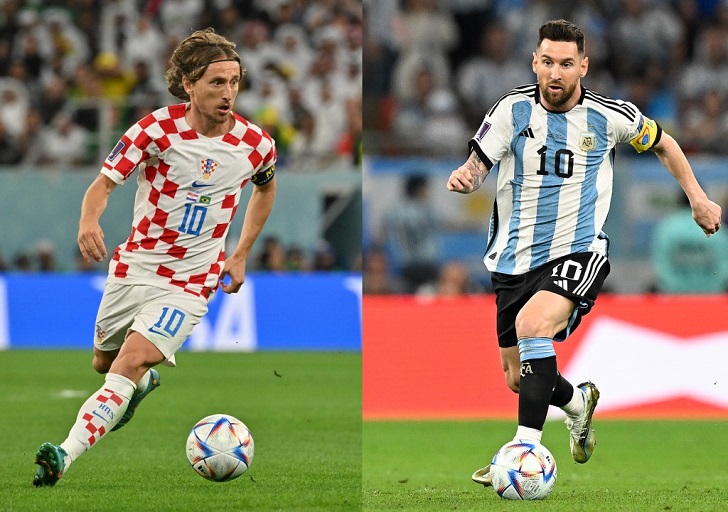 We are in the penultimate round of the Qatar 2022 FIFA World Cup with Argentina and Croatia battling it out for a place in Sunday’s final.

Croatia are looking to make it back to back appearances in the finals after losing 4-2 to winners France at the 2018 World Cup.

Zlatko Dalic’s side are one of two teams who are still unbeaten in the tournament and are confident in their quest for a first ever title.

Two-time winners Argentina on the other hand have lost just once before stringing together four consecutive wins on the road to the semis.

Lionel Messi is hoping to guide his nation to a first World Cup title in 36 years – with their last triumph inspired by the late Diego Maradona in 1986.

Both teams had to win their quarterfinal clashes via penalty shootouts, with Argentina beating Netherlands 4-3, while Croatia stunned Brazil 4-2 to progress.

Argentina could potentially reach the World Cup final for the sixth time in their history – only Germany have bettered them in this regard with eight final appearances.

Croatia could become only the fourth nation after Italy, Germany, and the Netherlands to reach the World Cup final in consecutive editions in the tournament.

The previous meeting between the two teams at the FIFA World Cup took place in the group stage in 2018 and ended in a 3-0 victory for Croatia.

Can Argentina get their revenge as they seek to clinch their third world title? Click here to make your predictions.

What time does Argentina vs Croatia start?

Full-backs Gonzalo Montiel and Marcos Acuna are suspended for the semi-final, meaning their has to be a shift in their back line.

Nahuel Molina and Nicolas Tagliafico will come into the side to occupy the two spots with the rest of the defense remaining unchanged.

Rodrigo De Paul and Angel Di Maria are expected to be fit after nursing minor injuries and this could see them return to the starting XI.

Lautaro Martinez has been wasteful up front and will be relegated to the bench as Manchester City’s Julian Alvarez leads the attack with Messi’s support.

For the visitors, Borna Sosa and Mislav Orsic have both recovered and will be part of the squad.

The experience of Luka Modric and Matteo Kovacic will continue to take precedence in midfield with Andrej Kramaric coming in to spice up the attack.

Argentina vs Croatia head to head

From the 3 matches played between these sides, Croatia have the advantage after winning twice, compared to Argentina’s sole 2-1 win in 2014.

Following their shock 2-1 defeat to Saudi Arabia, Argentina have won their last 4 games while scoring 8 goals in the process.

Croatia on the other hand are unbeaten in 11 games and have only conceded 3 goals in their recent run of 5 games.

The Argentines have found their goal-scoring form but they are going up against a team with a very impressive defensive record.

With what’s at stake, not many goals are expected in this encounter and it could also take more than 90 minutes to settle this one.