IT’S COMING HOME! CAN HAMILTON GET HIS GROOVE BACK IN THE BRITISH GP? 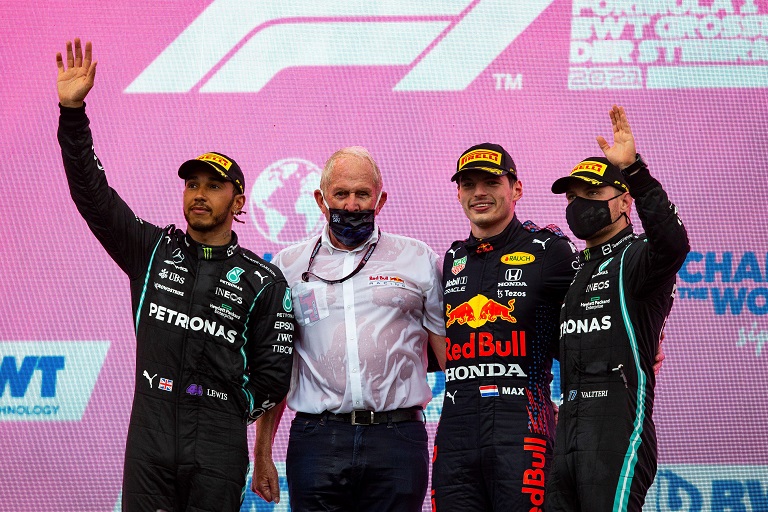 After a dismal run of five races without a win, Lewis Hamilton has the chance to get back to winning ways in front of his home fans at the British Grand Prix.

The seven-time world champion has admitted that his Mercedes team will need to give it their all in this new-look F1 race weekend.

There are a maximum of 29 points on offer, three more than usual, to a driver at Silverstone thanks to the addition of the F1 Sprint event on Saturday.

The British Grand Prix starts on Friday, with opening practice at 2.30pm before the usual Qualifying session, taking place a day earlier than normal, at 6pm.

“We need to win both races at the end of the day. It’s not just about the first one but the second one as well.

“I’m enjoying this season probably more than most because we’ve got that challenge we had at the beginning of the year, and it’s bringing me and the team closer,” Hamilton stated.

Since Hamilton last won in the Spanish GP in May, their rivals Red Bull have strung together an impressive run of five successive victories.

The 23-year old Max Verstappen has won four races during that run, whilst his teammate Sergio Perez won the Azerbaijan Grand Prix on June 6.

This is the first time that Red Bull has won three or more races in a row since 2013 and their efforts see them atop the constructors standings with 286 points.

Mercedes follow closely with 242 and McLaren close off the top three with 141 points.

In the drivers standings, Verstappen leads with 182 points ahead of Hamilton with 150 points and Sergio Perez with 104 points.

This season’s surprise package Lando Norris is in fourth place with 101, ahead of the other Mercedes driver Valtteri Bottas who has amassed 92 points.

After winning the championship four years in a row, is this the season that Hamilton is finally dethroned?

It clearly seems as though Verstappen is on course for a first-ever championship title and the competition the sport is seeing this year is very welcome.

The race comes a few days after F1 officially unveiled the new car that will mark the start of a new era from next year.

The car has bigger tyres and scaled-back aerodynamics to facilitate closer racing and aims to make the sport more competitive.