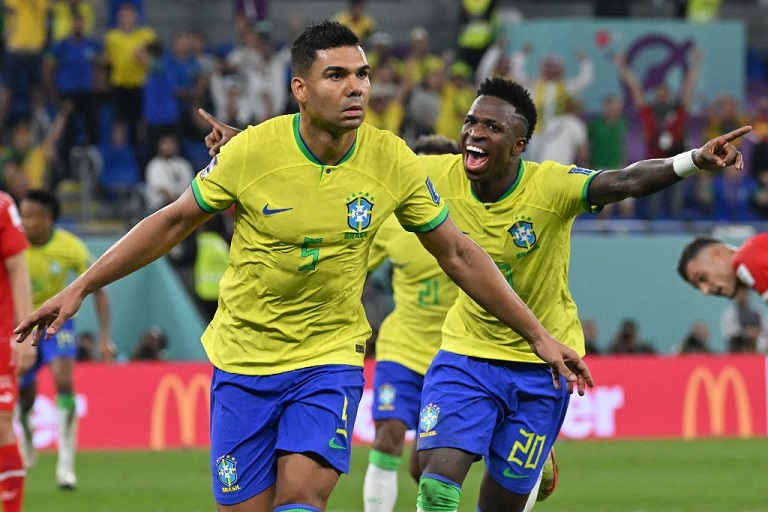 World Cup favorites Brazil are looking to make it through to the quarterfinals but first have to take on South Korea in a tricky tie on Tuesday.

Brazil finished top of Group G on goal difference after they suffered a shock 1-0 defeat to eliminated Cameroon in their final group game.

The defeat courtesy of a Vincent Aboubakar goal ended a nine-match winning streak for Tite’s side and they are desperate to bounce back.

While South Korea stunned Portugal in their final game with a 2-1 victory that saw them qualify from Group H in second place.

Brazil qualified for the knockout stage of the World Cup for the ninth time in a row, and it has been 32 years since they were knocked out in the last 16.

South Korea have only ever managed to progress beyond the last 16 at the World Cup once, reaching the semi-finals of the 2002 edition.

Their journey ended in a 1-0 defeat to Germany but they come into this game a much brighter side with the experience of players such as Tottenham’s Son Heung-Min.

South Korea have never beaten a South American opponent in the FIFA World Cup, drawing two and losing four matches against them.

Brazil have won each of their last seven round-of-16 matches in the FIFA World Cup, with only one of these matches ending in a penalty shoot-out.

Is this going to be a routine win for the Selecao or do the Tigers of Asia have another shock up their sleeve?

Click here to place your bet and make your predictions for this clash.

What time does Brazil vs South Korea start?

The game kicks off at 10pm Kenyan time at Stadium 974.

Gabriel Jesus and Alex Telles are out for the rest of the tournament after both sustained knee problems in the clash with Cameroon.

Though the good news is that Neymar may be fully fit to start after suffering an ankle injury in their opening victory against Serbia.

Veteran Dani Alves started the last game against Cameroon but he is expected to drop to the bench for this tie, as well as Fred.

Richarlison will continue to lead the attacking line for the Selecao, supported by Vinicius Junior and Raphinha in case Neymar has to feature from the bench.

Son Heung-min is hoping to improve on a dry spell that has seen him score just one goal from his last 13 shots at the World Cup.

The South Korea side will remain unchanged from the XI that stunned Portugal in their last match.

There have been 4 games played between these nations and Brazil have a commanding record, winning all of them, scoring 13 goals in the process and conceding just 3.

Both sides have lost just once in their last five games but Brazil have won all the remaining four, while South Korea have won three and shared the spoils in a barren draw against Uruguay.

We cannot write South Korea off easily and they have shown that they have the might to topple even the top ranked nations in the world.

Though, Brazil are seeking a first World Cup trophy in 20 years and may have enough gas in the tank to win on the night.