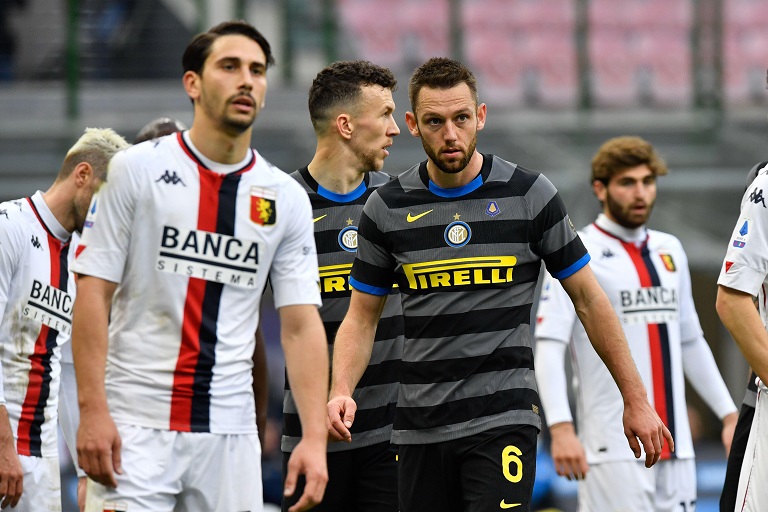 Last season’s Serie A winners Inter Milan begin their quest to defend the title with a mouthwatering clash against Genoa on Saturday.

Inter cruised to the Scudetto last season as they finished 15 points clear at the top of the table, for a first title in 11 years.

New manager Simone Inzaghi replaced the Belgian with Edin Dzeko, who fit right in scoring a brace in a 3-0 win against Dinamo Kiev in their final warm-up fixture.

Genoa on the other hand, finished in 11th place last season and know the huge task ahead of them if they are to avoid defeat on opening day.

The visitors have been very easy to break down in pre-season and their defensive liabilities were also exploited by lower-division Perugia in the last weekend’s Coppa Italia clash.

Play here to place your predictions for the start of the Serie A season.

What time does Inter vs Genoa start?

The game kicks off at 7:30pm Kenyan time at the San Siro.

Dzeko joins the likes of Lautaro Martinez and Alexis Sanchez in the attacking line for Inter, a department where they do not lack quality.

Milan Skriniar and Stefan De Vrij are likely to feature in central defence, as they bid to keep a clean sheet. Inter conceded the fewest goals in the league last season.

Adrian Semper and Johan Vasquez are the new signings for Genoa and are both expected to be handed league debuts by coach Davide Ballardini.

Veteran Goran Pandev also signed a one-year extension with the club and will be key to their league start at the weekend.

Inter vs Genoa head to head

Inter Milan have a 22-8 advantage with five draws from 35 previous matches against Genoa.

They have won the last six meetings without conceding a goal with the most recent fixture at San Siro ending 3-0.

From their pre-season campaigns, Inter have not lost a single match – winning four games and drawing just one.

Genoa on the other hand have won four times and lost 1-0 to German Bundesliga side Mainz.

The champions are expected to outclass their opponents and make a winning start to the 2021/22 Serie A season. A clean sheet for the home side is also on the cards.