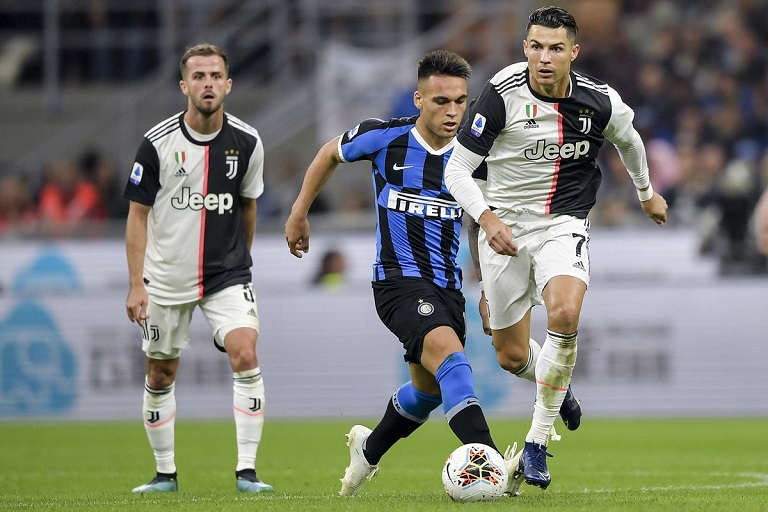 Tuesday night comes with it the highly anticipated Coppa Italia semi-final first leg as Juventus travel to Inter Milan with both times eager to put one foot into the final.

The second leg will be played in Turin in a week to decide who will face either Atalanta or Napoli in this season’s final.

These two giants faced each other at San Siro last month and Antonio Conte’s charges came out on top, beating champions Juventus 2-0, as they continue their desperate hunt for the Serie A title this season.

In the league, Inter are second with 44 points, two behind their Milan counterparts who lead the log whilst Juventus are in fourth place with 39 points and a game in hand.

The Nerazzurri have now won their last eight home games – and lost just one of their previous sixteen in total – meanwhile maintaining their tag as Serie A’s top scorers.

In fact, since the restart of the top five European leagues post-lockdown, only Bayern Munich have registered more goals than Inter’s 77.

The game kicks off at 10:45pm Kenyan time at the San Siro, also known as Stadio Giuseppe Meazza.

Former English Premier League duo Alexis Sanchez and Matteo Darmian are expected to come into the starting XI to replace Romelu Lukaku and Achraf Hakimi, who are both serving one-match suspensions.

It will be interesting to see if Conte will substitute Ivan Perisic for Ashley Young, for a more defensive approach to the game but otherwise, he has a fully fit squad to choose from.

Dejan Kulusevski and Alvaro Morata are in competition to be handed starting roles for the visitors to partner veteran Cristiano Ronaldo up front, with Paulo Dybala still out injured.

Gianluigi Buffon should get the nod seeing as it is a cup competition and his back line will definitely consist of Giorgio Chiellini and Matthis De Ligt.

Rodrigo Bentacur is suspended for Juve’s weekend Serie A clash against AS Roma, so is also expected to start on Tuesday night.

Juventus have the upper hand when it comes to previous fixtures between these two teams, winning 22 out of the 52 total games.

Inter have only managed 12 wins and the remaining 18 have ended in a draw.

Both teams have lost only once in their last 5 matches but Juventus have won the other 4 in fine fashion.

Inter on the other hand have drawn twice and won twice, one being the 2-0 win against Juventus.

One thing that is for certain is that there will not be a lack of goals in this game, with both teams posing the most lethal attacking line-ups in the country.

The hunt for a piece of silverware for Inter this season may give them a slight edge but Juventus will not go down easy, a draw could be likely.