INTER HOST JUVENTUS IN THE DERBY D’ITALIA, WHO WILL COME OUT ON TOP? 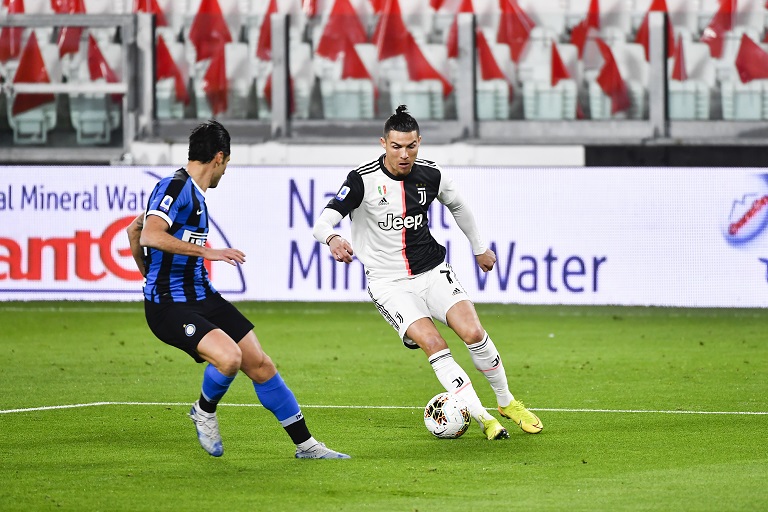 Defending champions Juventus will be aiming to make it four wins in a row as they travel to the San Siro to take on an Inter Milan side who are without a win in their last two matches.

Inter are currently second in the Serie A with 37 points after 17 matches, four points ahead of the visitors who have played two games less than Antonio Conte’s side.

After only one point from their last two games, the Nerazzurri not only need a win to claim supremacy over old foes Juventus – distancing the fast-closing Bianconeri in the process – they must also keep pace with league-leading city rivals AC Milan.

Inter’s Romelu Lukaku has registered 12 league goals so far, only inferior to Cristiano Ronaldo’s remarkable tally of 15, which the ex-Real Madrid man accrued even despite absence due to COVID-19.

The game will kick off at 10:45pm Kenyan time at the San Siro.

Danilo D’Ambrosio and Matias Vecino are the only absentees due to injury as Conte comes into the fixture with nearly a fully fit squad to choose from.

Ashley Young is more likely to get the nod ahead of Ivan Perisic as Achraf Hakimi has by now more so cemented his spot in the starting line-up.

Lukaku and Lautaro Martinez will undoubtedly be the ones to lead the hosts attacking line-up.

Matthijs De Ligt, Juan Cuadrado and Alex Sandro are still not cleared to play after positive COVID-19 tests and join the injured Paulo Dybala on the sidelines.

However, Leonardo Bonucci, Merhi Demiral and Danilo are available to start for Andrea Pirlo’s side.

Young sensation Weston McKennie has had a good run of performances in recent weeks and will be competing with Frederico Chiesa for a spot in the starting XI.

Juventus still hold a healthy advantage over the hosts, winning 22 out of the 51 matches they have played so far.

Inter have managed 11 wins and another 18 have resulted in a stalemate.

The last time Inter beat Juve in the league was a 3-0 thrashing in March 2016 courtesy of a Marcelo Brozovic brace and an Ivan Perisic goal.

Both sides have lost just once in their last five games but Juventus have picked up more points, winning the remaining four.

Inter have not won in their last two games, losing one and drawing another, as they seek to return to winning ways.

I cannot see a game with a lack of goals come Sunday and so that is the safest wager for this encounter.

However, judging from the recent run of form and the advantage Juventus have had over their opponents in the past, they may just edge them on the day.