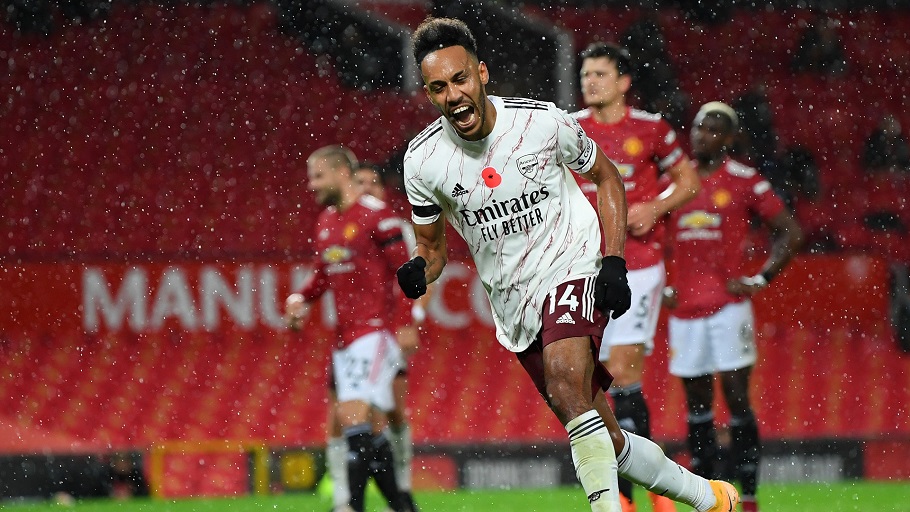 One of the oldest and most fierce rivalries in English Premier League history comes alive on Saturday in a season that has so far proven that it is more unpredictable than it has been in recent years.

Ole Gunnar Solskjaer’s Man United are in second place with 40 points as they continue their desperate hunt for a first league title since the departure of Sir Alex Ferguson eight years ago.

The hosts have 30 points from the 20 games they have played at this juncture and are in ninth place, knowing that a win can move them up at least three places on the competitive league table.

United need an immediate reaction after they slumped to a 2-1 home defeat at the hands of relegation-threatened Sheffield United on Wednesday night, while Arsenal will be looking to stretch their unbeaten run to 7 games.

Arteta’s men won just four of their first 14 league games this season but have now won five of their last six, while they netted 12 goals in those opening 14 games – whereas the last six outings have yielded 16 goals.

The game kicks off at 8:30pm Kenyan time at The Emirates Stadium.

Arsenal are optimistic that captain Pierre-Emerick Aubameyang can return to the starting XI, having missed the last two games dealing with a family emergency with his mother being unwell.

If the Gabon international is available there is no doubt he will start, having scored four goals in his last 5 games against United, and will be flanked by Alexandre Lacazette.

Bukayo Saka will also most likely get the nod after a commendable string of performances including a goal in Arsenal’s 3-1 away win at Southampton in midweek.

Bruno Fernandes has now gone 4 league games without a goal or assist but is still expected to start, though the same cannot be said for Anthony Martial, who had a poor game in midweek against Sheffield.

Edinson Cavani will be first in line to replace the Frenchman as players such as Scott McTominay, Luke Shaw and Fred also hope for inclusion after missing out on recent league action.

These sides have gone up against each other 56 times and United have the better record having won a total of 25 matches.

15 games have resulted in a stalemate and Arsenal have won the remaining 16 matches, including both games in 2020.

The hosts come into the game on the back four wins and one draw in their last 5 matches, a better record than the visitors who have won three, drawn once and lost one; the 2-1 home defeat to Sheffield United.

Both teams have a point to prove and are playing the best football they have been able to all season, thus promising goals in the mouth-watering encounter.

United are expected to bounce back from the midweek loss and with Arsenal out to continue their unbeaten streak, the most likely outcome could potentially be a draw.