SPORTPESA TEAMS UP WITH WAZEE PAMOJA LEAGUE TO PROMOTE PEACE 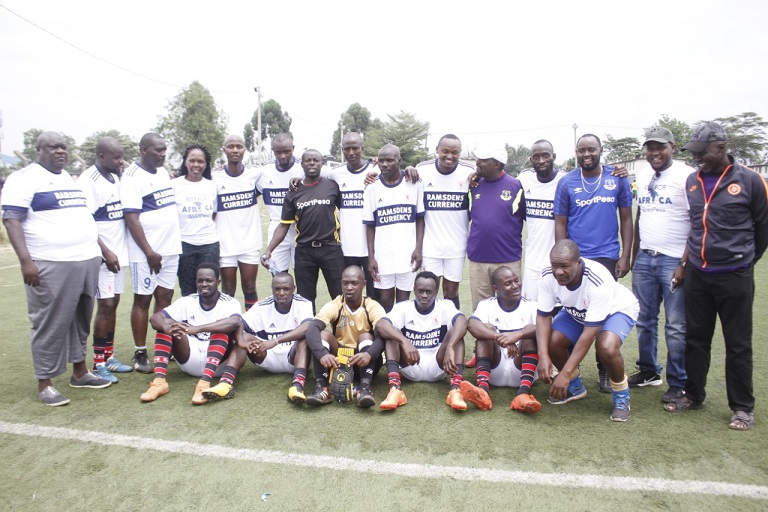 The ability that the beautiful game of football possesses in bringing people together to find common ground and speak one language is indisputable and has been the case for as long as anyone can remember.

People from all walks of life, old or young, the wealthy or the poor all find solace in the sport and when people walk onto that pitch to play then nothing else matters for that time.

In 2007, after the unforgettable post-election violence caused unexplainable loss, depression and hopelessness across the nation, a group of men came together and decided to use football to bring back a sense of unity among the people.

Wazee Pamoja League, as they are known today, comprises of 11 teams who’s players and not younger than 33 years old and play throughout the year in a competitive league that began last Sunday at the Camp Toyoyo Grounds in Jericho.

“We thought football was the best way to unite people in Eastlands, who are mainly in politically-influenced groups or estate gangs. And it has gone a long way in uniting people from around the hood,” Bernard Miruka, the Chairman of Wazee Pamoja League Governing Council stated.

“We started with four teams and then it grew to 10 and now we are 11 teams.

The league recently entered a partnership with Africa’s leading gaming platform SportPesa, who have always been involved in bettering and developing the country through football.

Through their Kits for Africa initiative, SportPesa provides full football kits that the teams use on their match-days and equipment needed by them to train and ensure that they lack nothing before and during the games.

“It has been 14 years since we started this league and the requirements to join the league are just age restrictions, nobody is below the age of 33 and they must have a bar as a team.

“The purpose of the bar is simply to network and come together after the matches so that we can put ideas together and ensure that the interaction is not limited to the pitch alone,” Miruka, who represents Greenyard FC added.

“This league helps men with their mental and physical health as it provides a platform for them to just let loose, exercise and network.

The league runs for nine months with matches played every Sunday, from February and the last round of fixtures played in November with a break in between the season.

Aside from providing a place for people to come together and play with fans from all walks of life in attendance to cheer on their particular teams, the Wazee Pamoja League also does their part in giving back to the community that they are eager to better with their efforts.

“The league has really expanded and we even go for matches around the country and recently we started going to Arusha for an annual tournament every Easter.

“We also give back with our CSR project that we normally do towards the end of the year. Every club gives KShs5,000 and we go to the ghetto and buy kids clothes and food for the festive season.

“We have also gone to the Pumwani Maternity Hospital and we helped pay the fees for women who could not afford it as well as painting the walls, which were in bad shape before we stepped in,” Mirungi concluded.