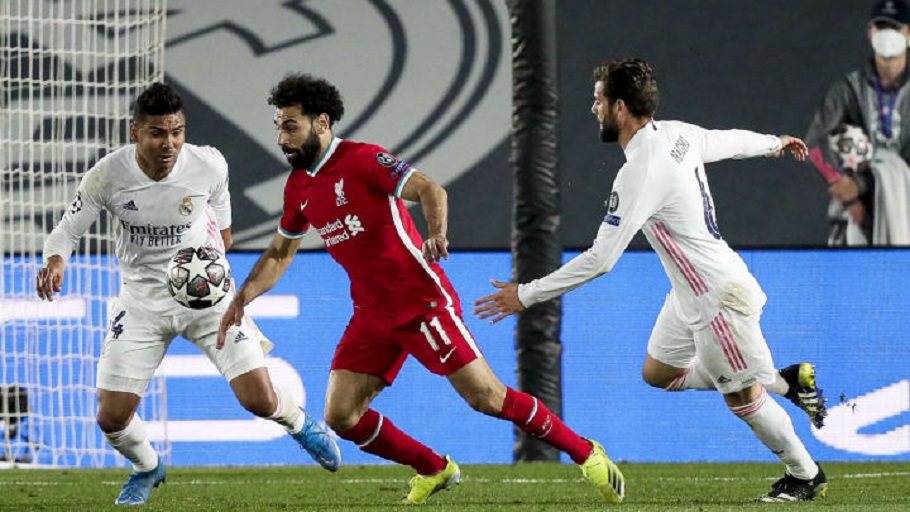 Goals from Marco Asensio and a Vinicius Junior brace gave the record winners a commanding lead to take into the second leg.

Both teams come into the fixture after narrow 2-1 wins over the weekend, Liverpool finally winning at home against Aston Villa, whilst Madrid were superior in the El Clasico.

Liverpool are a team who know a thing or two about historic Anfield fightbacks against the giants of the Spanish game – it is impossible for one to forget their storming comeback against Barcelona after a 3-0 first-leg defeat.

Liverpool have only ever lost 11 home matches in the Champions League, but five of those have come against Spanish opposition.

Real Madrid have managed to string together a 13-game unbeaten run since their shock defeat to Levante on January 30 and remain favorites to progress into the semis.

What time does Liverpool vs Real Madrid start?

This means that the inexperienced duo of Nat Philips and Ozan Kabak are in line to start in the heart of the reds defense.

Senegalese star Sadio Mane was benched over the weekend and is set to return to the starting XI and we shall have to wait to see whether Roberto Firmino or Diogo Jota will get the nod.

For the visitors, Federico Valverde, who had a great game against Barcelona is a doubt following a slight injury and he could join Sergio Ramos, Eden Hazard and Dani Carvajal on the sidelines.

Luka Modric is out to make history by setting up a fourth goal in a row in the Champions League and he will be tasked to provide for Asensio and talisman Karim Benzema.

The visitors now have a slight edge over their opponents, having won 4 times out of the 7 matches played between the two.

Prior to last week’s victory, either side had won an equal number of games (3).

The defeat at the Aldredo Di Stefano Stadium last week is Liverpool’s only loss in their last 5 games and they go up a Madrid side who are on a six-match winning streak.

The hosts have all to play for in this encounter and I tip them to win narrowly on the night.

Real Madrid will potentially get their name on the scoresheet as well, meaning that they remain favorites to qualify for the next stage.