LAZIO IN THE WAY OF AC MILAN AND SERIE A SECOND SPOT! PREDICTION 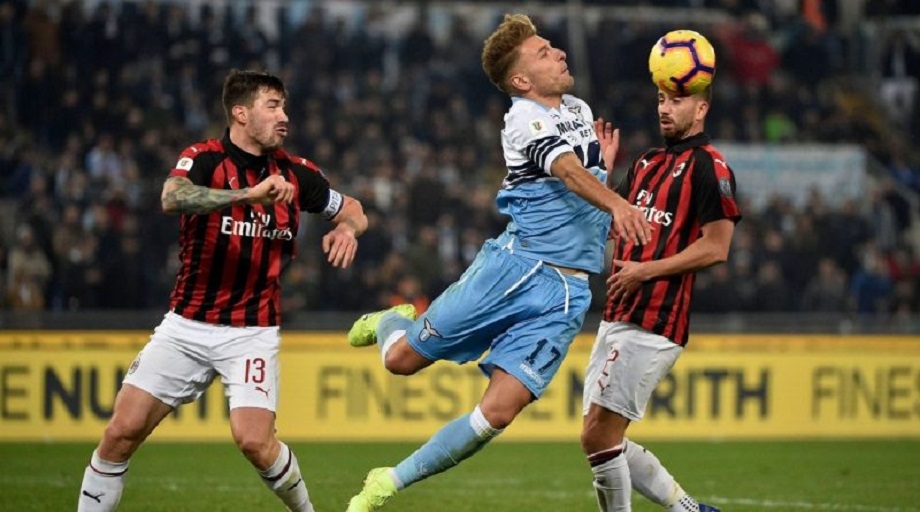 Fans will be treated to a mouthwatering encounter on Monday night as Serie A giants AC Milan travel to Lazio, hoping to get their season back on track.

Both sides are coming off devastating losses as Milan lost 2-1 at home to Sassuolo, whereas Lazio suffered a humiliating 5-2 thrashing by Napoli.

The results left Lazio in sixth place on the log with 58 points, whilst Milan are in third place with 66 points as both teams to secure a place in European football next season.

The Rossoneri could become the first team to win 14 of their first 16 games on the road in a single Serie A season on Monday.

The reverse fixture, played at San Siro back in December, saw AC Milan eke out a narrow 3-2 win over Lazio courtesy an injury-time winner by Theo Hernandez.

What will happen this time round? Who is your money on? SportPesa Kenya’s blog digs deep to find all the key details ahead of the encounter.

What time is Lazio vs AC Milan?

The game kicks off at 9:45pm Kenya time at the Stadio Olimpico.

Simone Inzaghi does not have many pressing injury concerns hampering his preparations ahead of the visit of AC Milan.

Sergej Milinkovic-Savic and Luis Alberto will provide the forward thrust from the middle of the park as they rely on the front duo of Ciro Immobile and Joaquin Correa to provide the goals.

Zlatan Ibrahimovic is also the only absent player from the Milan first team ahead of the clash.

Surprisingly, Mario Mandzukic could be set to lead the line for AC Milan against Lazio, with Rafael Leao moving out to the left flank.

The rapid Ante Rebic could be deployed on the right wing, with Hakan Calhanoglu a certainty in the no. 10 role.

Out of the 55 matches played, a whopping 20 have ended in a stalemate, the last one being a barren draw in September 2019.

Milan have won majority of the encounters, coming out on top 25 times compared to Lazio’s 10 victories.

Before the loss to Napoli, Lazio had won 4 consecutive Serie A matches and look to be on great form ahead of the last few matches of the 2020/21 Serie A season.

Milan have lost one, drawn another and won the remaining three matches in their recent run of 5 matches.

There is not much differentiating these two sides in terms of quality and their ability to score goals will obviously play a part here. I tip the hosts to grind out a narrow victory.