HERE ARE THE TOP 10 NBA PLAYERS OF ALL TIME! 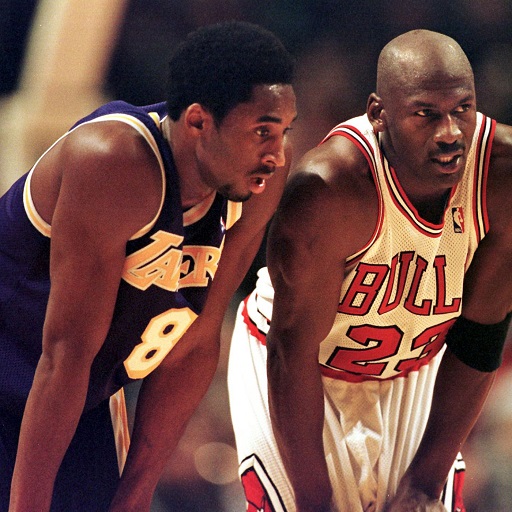 The National Basketball League (NBA) has an affluent history that dates back to the 1940s when it was founded in New York City.

Throughout the 70+ years of the competitive league, the game of basketball has birthed numerous and unmatched talents and as hard as it may be, some have to be chosen as the best to ever play the game.

Being in the conversation as the best player of all time means being part of an exclusive club and just like any other sport, everyone is entitled to their own opinions and not everyone will agree with my top 10 picks.

It’s almost impossible to pick because of the times that they played, like do we go with old school or the new generation of players who are picking up steam as the years go by?

No doubt players such as Steph Curry of the Golden State Warriors, who is slowly showing that he is turning into the best 3-point shooter of all time, will be a contentious argument but can he really be regarded as a top 10 contender on the all-time list? I doubt it.

There will always be passionate pleas to weigh unprecedented accomplishments over sustained excellence. Others will argue it should be about the numbers and that awards don’t always end up belonging to the most deserved individual.

Though, in no particular order SportPesa Kenya’s blog has a look at the best 10 to ever play in the NBA.

Statistically, Bryant is definitely one of the best to ever do it!

The 5 championships, the 81-point game, the 60-point finale, the league MVP in 2008, the 20 seasons all with the same franchise — Bryant’s lasting legacy is his mental edge and burning desire to master the sport.

“Mamba mentality” became more than just a catchphrase after Bryant died; it is now a blueprint for how to chase your dreams.

‘MJ’ as he is popularly known as, is widely regarded as the best basketball player of all time and for good reason too.

Jordan is almost solely responsible for making the NBA as popular and recognized as it is in the late 1980s and early 1990s, becoming the most admired man in sport at the time.

Jordan led the Bulls to six NBA championships, winning six Finals MVP awards and five regular-season MVP honors while becoming a global icon on and off the floor.

The 7 ft 1 in Wilt holds plenty of records to date even after his unfortunate demise in 1999 after a lengthy fight with an irregular heartbeat.

Chamberlain remains the only NBA player to score 100+ points in a single game and averaging 50 points per game for an entire season, a ridiculous statistic to boast.

Despite only winning two NBA championships, Wilt was way ahead of his time and will always be regarded as one of the best to ever play the game.

When we speak of players who are still playing in the NBA, there can never be a debate that does not include LeBron.

Nicknamed ‘The King’, he remains the only player in NBA history to win three championship titles with three different teams as the Finals MVP.

Standing 6-9 and weighing north of 250 pounds with a 40-inch vertical, he led the Lakers to the 2020 NBA crown as a 35-year-old playing in his 17th season, a remarkable achievement that has many calling him the greatest athlete of all time.

All the defenders in NBA history, undoubtedly picked up some of their skill from Russell, who is arguably the best to ever grace the league.

Nobody in any sport to date has won more than Bill Russell, who led the Boston Celtics to a unbelievable record of 11 NBA titles. Yes, 11 titles!

A four-time NBA champion and three-time Finals MVP, O’Neal averaged a double-double during a career that spanned almost two decades.

Due to his gargantuan size and ability to dunk, O’Neal also ranks third all time in field goal percentage (58.2%).

When it comes to point guards in the game, we have had the likes of Jason Kidd, John Stockton and more recently even Chris Paul but none can truly compare to Magic.

At 6ft 9in, he is the tallest point guard in NBA history and he led the Lakers to 11 NBA finals, winning a commendable 5 championships.

Magic’s 12.3 assists ranks first all-time in the playoffs. In his 14-year career, he amassed 10 All-NBA selections.

Nicknamed ‘The Big Fundamental’, there’s almost nobody you can compare to Duncan when it comes to loyalty and consistency.

Duncan was one of the best winners in the game, leading the Spurs to an astounding five titles and 1,001 regular-season victories, the most for any player with one team in NBA history.

He remains the only player to be selected for the All-NBA and All Defensive Teams for 13 consecutive seasons.

Kareem won a record six NBA titles, with the first and last coming 17 years apart, in addition to that he was an NBA All-Star 19 times!

Kareem also made 15 All-Star teams, with 10 first team selections and with that nobody in NBA history can match his achievements.

Despite not being too flashy, he was sleek enough to make him the highest points scorer in NBA history.

Yes, Allen only won 2 NBA championships but he remains the player who has made the most 3-pointers in the history of the league.

His clutch three-pointer to tie Game 6 of the 2013 NBA Finals with 5.2 seconds remaining is regarded as one of the most memorable plays in NBA history.

In addition to that, Allen was an NBA All-Star 10 times and also is the third on the list of most 3-pointers made post-season and will forever be regarded as one of the best shooters the game has ever seen.

One thought on “HERE ARE THE TOP 10 NBA PLAYERS OF ALL TIME!”