HERE ARE THE FIVE MOST EXCITING NEW SIGNINGS TO WATCH IN THE BUNDESLIGA! 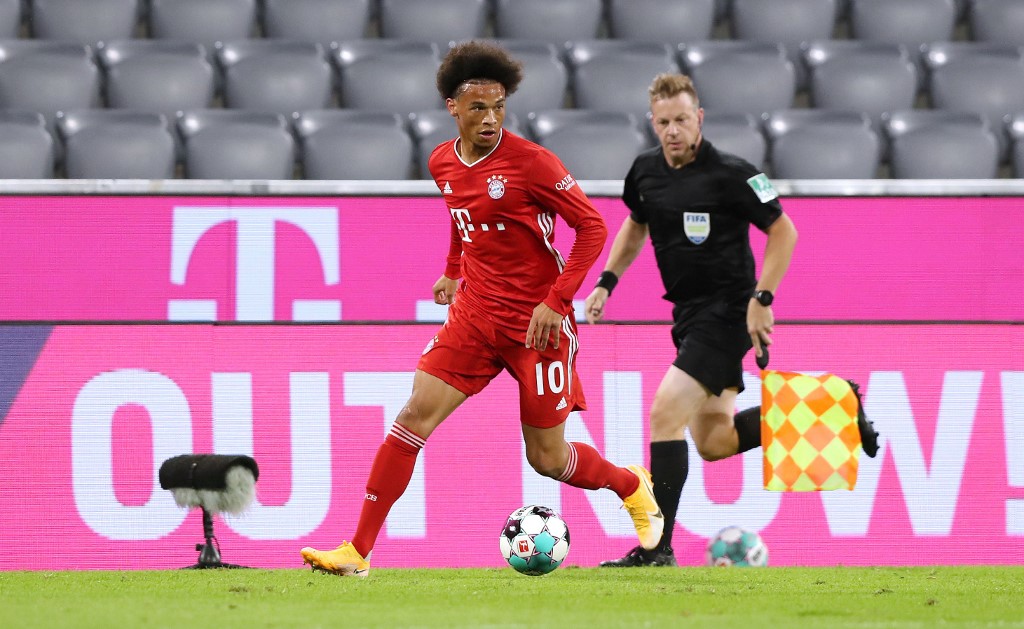 The 2020/21 Bundesliga season kicked off last Friday when holders Bayern Munich launched their quest for a ninth straight league title with an 8-0 demolition of Schalke.

Their new signing Leroy Sane made an instant impact to his time at the Allianz, scoring a goal and assisting two others.

Here we look at the other new additions to the Bundesliga that are worth keeping an eye out for.

Bayern Munich paid Manchester City 45 million euros ($53 million) to bring Sane back to the Bundesliga and the Germany winger hopes to make his debut on Friday at home to Schalke 04, where he started his career.

There is much pressure on the 24-year-old to show the star quality Bayern demand and realise his potential.

Sane has a habit of occasionally drifting out of games and Bayern coach Hansi Flick has already challenged him to work on his defence.

“I have big goals with FC Bayern – and I want to show that people can completely rely on me,” said Sane.

The 17-year-old junior England international became the youngest scorer in the German Cup on Monday following his 26-million-euro transfer from Birmingham City when Duisburg were brushed aside 5-0 in the German Cup.

The skilful central midfielder has already impressed his team-mates with his maturity, even though he only turns 18 next June.

“He is only 17, but he plays like a man,” said Dortmund forward Thorgan Hazard after Bellingham’s debut.

“He is a very good player to keep the balance between attack and defence. He can help us a lot.”

The South Korea striker has been signed from sister club Red Bull Salzburg for 15 million euros and has the tough task of replacing Timo Werner, who scored 34 goals last season before joining Chelsea.

The 24-year-old is regarded as “one of the biggest up-and-coming talents in South Korea” by both Leipzig and Salzburg’s former head coach Ralf Rangnick.

He already opened his account for Leipzig by scoring and creating another goal in Saturday’s 3-0 German Cup win over Nuremberg.

Hwang scored just twice in 21 appearances at second division side Hamburg during an injury-hit loan spell in 2018/19.

However, he managed 16 goals and 22 assists in 40 matches last season in helping Salzburg win an Austrian league and cup double.

He impressed on the Champions League stage last season, scoring three goals and creating five more in the group stage, alongside future Dortmund star Haaland, as Salzburg gave both Liverpool and Napoli a run for their money.

Bremen just avoided relegation last season, but have boosted their attack by signing the 20-year-old winger on loan from Manchester United.

The promising Netherlands Under-21 international from the Caribbean island of Curacao hit already hit the net for Bremen.

“Helping the team with your own qualities – that’s what you want,” said Chong after scoring on his debut last weekend in a 2-0 German Cup win over Carl Zeiss Jena.

Chong followed in the footsteps of Ryan Giggs, Paul Scholes and Marcus Rashford by being named United’s Young Player of the Year in 2017/18 and was then voted the best reserve team player the following season.

He broke into the United first team under Ole Gunnar Solskjaer in the second half of 2018/19 and wants regular first-team football at Bremen this term.

He hopes to make his Bundesliga debut at home to Hertha Berlin on Saturday.

Reinier Jesus Carvalho, 18, has been signed on a two-year loan deal from Real Madrid to bolster Dortmund’s attacking midfield options.

The Brazil Under-23 international will rival Julian Brandt and US starlet Giovanni Reyna, 17, for the role of deputy to club captain Marco Reus, who is working his way back from injury.

Reiner made his Dortmund debut in Monday’s thrashing of Duisburg as a second-half replacement for Sancho.

“Reinier’s a player who brings enormous talent and can be used in various positions in attack,” said Dortmund sports director Michael Zorc.

“We’ve been watching him for more than two years.”