HERE ARE THE FIVE HIGHEST SCORING CHAMPIONS LEAGUE FINALS EVER! 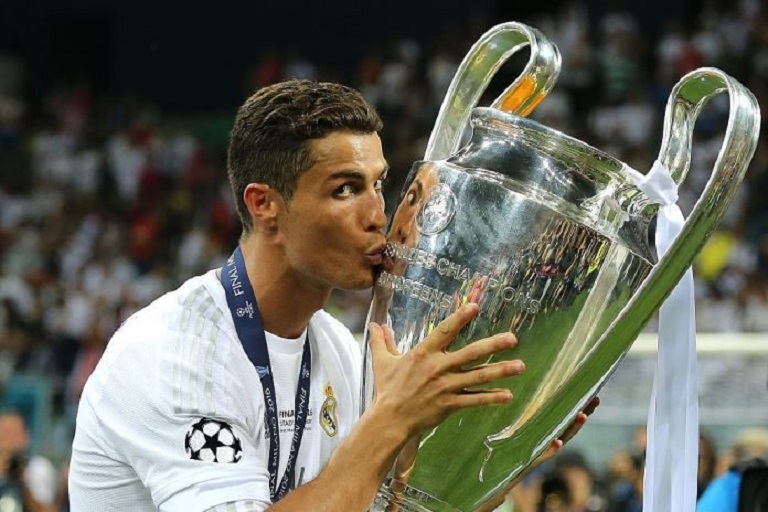 Spanish giants Real Madrid are the most successful club in the competition, having won a record 13 titles and are followed not so closely by AC Milan, who have 7 titles to their name.

Zinedine Zidane’s Madrid made history when they became the first club to retain the modern-day trophy in 2017 and went a step further winning it for a third consecutive season in 2018.

There has never lacked drama in the final of the elite club competition and many would instantly name the 2005 Istanbul final as the most dramatic of them all.

With that, it definitely leads the line as SportPesa Kenya’s blog has a look at which finals have produced the most goals in the tournament’s history.

Dramatically described as a game of two halves, this mega encounter holds the record for producing the most goals in a final of the UEFA Champions League.

Liverpool, who were making their first final appearance since 1985, went up a Milan side who had already been crowned champions six times prior to that night in Istanbul.

Milan were the favorites and by the half time whistle they had asserted their dominance and surely thought they had one hand on the trophy after a goal from Paolo Maldini and a Hernan Crespo brace gave them a commanding 3-0 lead.

The game was far from over though as the reds came back steaming hot in the second half and Steven Gerrard led the comeback with a superb header, before Vladimir Smicer and Xabi Alonso also scored for a 3-3 full time score.

Andriy Schevchenko’s penalty was famously saved by Jerzy Dudek and Liverpool won the shootout 3-2 to be crowned champions for a fifth time.

Real Madrid’s showdown against Club Atlético de Madrid in Lisbon was the seventh UEFA Champions League final to go to extra time but the first to be resolved without a penalty shoot-out.

Madrid were eventually crowned champions after a 4-1 victory and that score-line was the second biggest win in a UEFA Champions League final.

Diego Godin had given Atletico the lead in the first half and Real had to wait until the 93rd minute of the game to get an equalizing goal from the ever reliable Sergio Ramos.

Gareth Bale, Marcelo and Cristiano Ronaldo, who remains the highest goal scorer in the competition, then scored in extra time to seal a 10th UEFA Champions League title for the Spanish giants.

This was the first UEFA Champions League final played under a closed roof, at the Millenium Stadium in Wales and Real Madrid closed it off in style beating Italian giants Juventus 4-1.

In a repeat of the 1998 final, the defending champions, Real Madrid became the first team to successfully defend their title in the Champions League era.

Ronaldo drew first blood in the 20th minute to give Zidane’s side the lead but Juventus only needed seven minutes to respond as Mario Mandzukic made it 1-1 with a well taken effort.

Casemiro’s long-range effort restored Madrid’s lead before Ronaldo added a third and his second of the game and Spaniard Marco Asensio put the icing on the cake in the 90th minute.

The Catalan giants were favorites ahead of the 1994 final which was played at the Olympic Stadium in Greece.

Barcelona were on the hunt for a second trophy in three years, having just won the La Liga title for the fourth year in a row but just as the final is known to be, there was no lack of drama.

Daniele Massaro’s brace in the first half gave a Milan side who were without legendary Marco Van Basten through injury a healthy lead ahead of a second half that they would dominate just as much as the first.

Two minutes into the second half, Dejan Savićević capitalised on a defensive error to make it 3 before Marcel Desailly gave Milan a fourth and the final goal of the game.

This gave Milan a fifth crown and Desailly became the first player to win consecutive Champions League titles with different clubs after being victorious with Marseille the year before.

This repeat of the 2009 final was also the 19th edition of the tournament in the Champions League era and was played at the Wembley Stadium in England on May 28.

Barcelona came out 2-0 winners two years prior and were still highly considered as favorites heading into this encounter.

Both teams were seeking a fourth title in the competition but the Spanish side were just far more superior than their English opponents, winning 3-1 courtesy of goals from Pedro, Lionel Messi and David Villa.

Club legend Wayne Rooney scored the only goal for United, which eventually proved far from enough as Barcelona triumphed to a third UEFA Champions League title in six years.