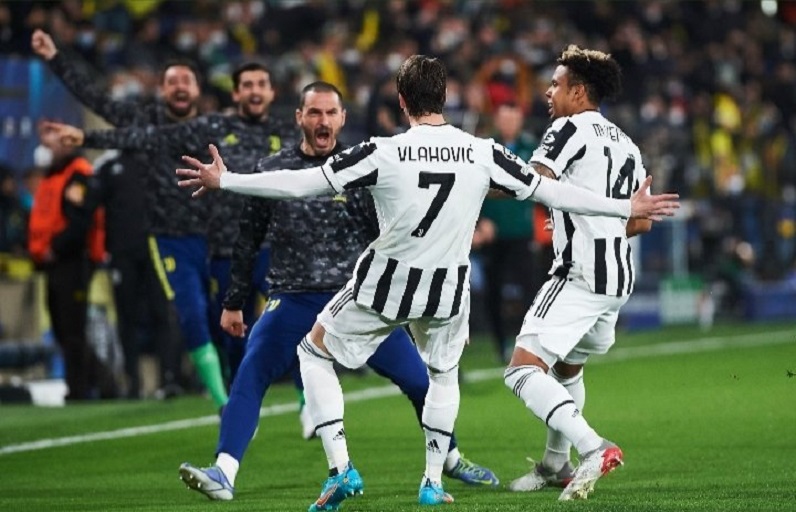 Juventus host Inter Milan in a blockbuster Serie A match on Sunday night looking to stop the visitors from getting their 5th straight win.

The hosts come into the match in 8th place after a slim 1-0 win away at Lecce in their last league game.

While Inter are in 6th place with 24 points, after scoring 11 goals in their last four consecutive Serie A wins.

They could now win 5 in a row for the first time since January, and they had also gone 7 games without defeat in all competitions before losing to Bayern.

The most recent match between these two was a 1-0 league victory for Inter, secured by Hakan Calhanoglu’s goal in April.

The Nerazzurri could now win successive Serie A matches against Juve for the first time since 2003-04.

Juventus failed to score against Inter in their previous game and could fail to find the back of the net in consecutive matches against the Nerazzurri for the first time in 12 years.

Can Juventus get a first win against their rivals since 2021? Click here to make your predictions for the clash.

The game kicks off at 10:45pm Kenyan time at the Allianz Stadium.

The return of Angel Di Maria and Dusan Vlahovic is a huge boost for Juve as the duo are both expected to start.

Adrien Rabiot and Juan Cuadrado have become constants and are set to start as well as Manuel Locatelli.

Up front, Arkadiusz Milik is set to offer support to Vlahovic alongside Filip Kostic.

For the visitors, Romelu Lukaku is set to miss out again after a fresh injury setback but Marcelo Brozovic returns to the line-up.

Edin Dzeko is the most likely partner for Lautaro Martinez up front – the latter has scored just once in his eight Serie A games against Juve to date.

The home team have won 24 out of the 59 games played between these two sides, compared to Inter’s 15 victories. The remaining 20 have resulted in a stalemate.

Juve have won 3 times and lost twice in their recent run of 5 games, while Inter have won 4 games and lost just once.

Both teams are far from their best and this could make for a nervy affair and a draw could be the most likely outcome.