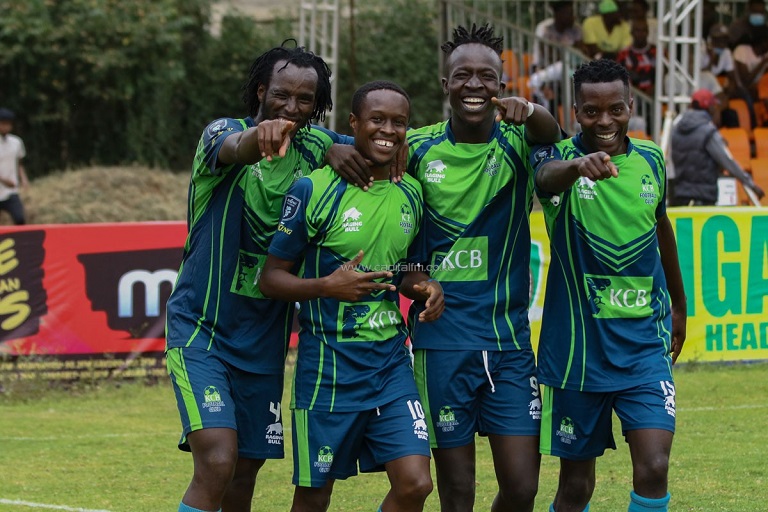 The ongoing 2021 season of the Kenya Premier League was gaining momentum over the last two months but the progress was put to a momentary stop due to the COVID-19 global pandemic.

The President of Kenya, His Excellency Uhuru Kenyatta, issued a statement last week Friday which barred sporting activities all over the country from progressing after a recent surge of cases in the nation.

This meant that the sports fraternity were thrown into disarray, being sent back to a time like this last year when, without warning thousands of peoples sources of livelihood were put on pause.

There is no secret that this sort of precautionary measures take a heavy toll on so many involved in sports and the Kenya Premier League is no different, with tens of thousands relying on the top flight to provide for their families.

From players, the technical benches at the clubs, referees and other match officials, stadium operators, drivers in the transport sector – the list is endless.

We can only hope that other means that would allow the league to resume can be put in place, so that even if not all, then some of the jobs can be salvaged.

Before the league was suddenly paused, there had been a switch up at the top of the table, which was not being led by the usual suspects such as 19-time league winners Gor Mahia FC.

Tusker FC, under the tutelage of Robert Matano, are in charge at the top of the log with 36 points, a staggering 6 points ahead of their closest challengers.

Former Gor assistant coach Zedekiah ‘Zico’ Otieno, who is now the head coach at Kenya Commercial Bank (KCB) FC, has won 9 times and lost just three as they sit in second place with a game in hand.

KCB’s target for the season was a top 3 finish but at this rate, they are looking more and more like title contenders.

“The season is long and it is going to be a tough one. Though I believe in my players and I know if we continue working together as we have been doing, we can achieve a respectable finish at the end,” Otieno was quoted saying a couple of months ago.

AFC Leopards SC, who are searching for a first KPL title in 22 years, are now in third place with 29 points but have played two games less than the league leaders.

Leopards have the top scorer in the land, Elvis Rupia, whose 13 goals also saw him earn a national team call-up for the recently concluded Africa Cup of Nations qualifiers and he rewarded his coach with a goal.

The 2019 SportPesa Cup finalists in Dar es Saalam – Kariobangi Sharks and Bandari FC – wrap up the top five teams in the land.

Carlos Manuel Vaz Pinto, who had been appointed to head Gor Mahia in late January, is not enjoying a great start in charge of the most successful team in the country as they sit in 7th place with a lowly 22 points.

His assistant Sammy “Pamzo” Omollo has vast experience in the top flight but they will both be glad that their usually expectant and loud fans are not allowed to watch the games.

It is a dismal campaign for defending champions and having already lost twice as many games as they did last season, there seems to be no hope for a comeback for the faltering champions.

At the opposite half of the table, Zoo FC remain rooted to the bottom after only managing one win the entire season, leaving them with a meagre 8 points.

Mathare United FC seem to be feeling the effect of the departed Frank Kimanzi as they are languishing in 17th with nine points and are currently on a four-match losing streak.

The Football Kenya Federation has led protests, calling on the government to initiate different protocols that will enable the league to resume so as to avoid such a desperate situation in the nation.

“Things such as mass vaccinations for the players at least can ensure the league resumes and we are hoping the government can look into this, so the league can resume as soon as possible,” FKF President Nick Mwendwa stated.