GROUP F GETS UNDERWAY AS CROATIA LOOK TO EASE PAST MOROCCO. PREDICTION 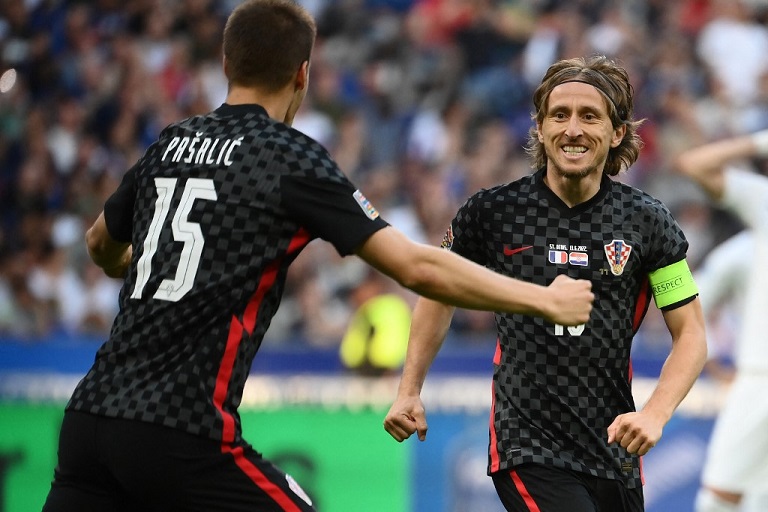 Croatia are looking to replicate their outstanding performance at the last World Cup by kicking things off with a match against Morocco on Wednesday.

The Croatians had their best ever run that ended in a 4-2 defeat to eventual winners France in the 2018 final.

Morocco on the other hand have only qualified to two finals in the last 20 years and they lost to Portugal and Iran before a shock 2-2 draw against Spain in Russia.

Morocco have since under-performed at the Africa Cup of Nations, with a last 16 and quarter-final finish, but are on a five-macth unbeaten streak.

Since losing 5-3 to Spain at Euro 2020, Croatia have lost just once in 16 games and are confident ahead of this opening fixture.

Morroco are confident too after putting up a 3-0 against win Georgia with goals from F Sofiane Boufal, F Hakim Ziyech, and F Youssef En-Nesyri.

Croatia on the other hand, is coming off a 1-0 win against Saudi Arabia a week ago in preparation for the tournament.

What time does Croatia vs Morocco start?

The game kicks off a 1pm Kenyan time at the Al Bayt Stadium.

Veteran Luka Modric will start in what will most certainly be his last appearance at a World Cup tournament and will play alongside Matteo Kovacic.

Dinamo Zagreb forward Bruno Petkovic will start to lead the attacking line for Zlatko Dalic’s side.

For the Africans, Wolves defender Romain Saiss will captain the side and Achraf Hakimi will also be part of the starting XI on the right flank.

Up front all three scorers from their previous game – Ziyech, En-Nesyri and Boufal are the expected front trio.

Croatia vs Morocco head to head

This will be the first ever competitive match played between these two nations.

This has the potential to be a cracker of an encounter as both teams come into the game unbeaten in their last 5 matches.

The North Africans have drawn once in that run, while Croatia have won all their last 5 – scoring 8 and conceding just twice.

Morocco have proved very difficult to break down and they have only conceded one goal in their last 5 games, setting this up to be a potentially low-scoring affair.

Though Croatia have more depth and experience in their squad to win narrowly on the day.