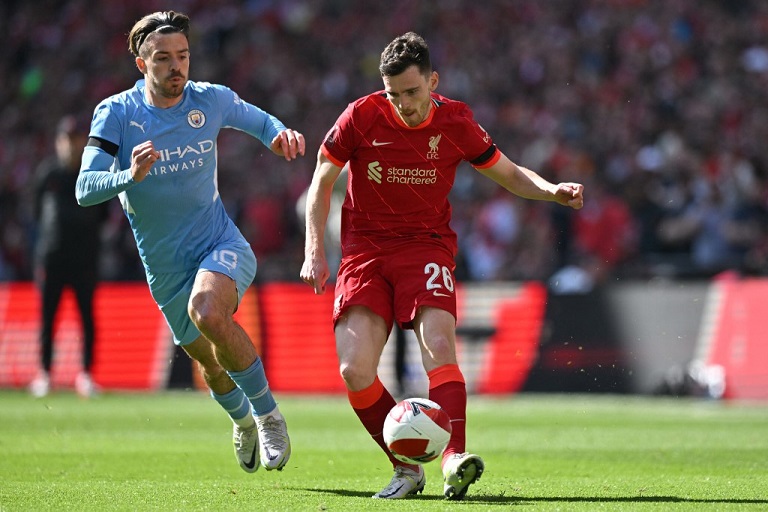 The return of top European league action resumes with a mega clash pitting Manchester City and Liverpool in the EFL Cup on Thursday night.

Pep Guardiola’s side progressed to this stage of the competition after beating rivals Chelsea 2-0, while Liverpool had to beat Derby County on penalties.

In the English Premier League, Man City are second behind Arsenal with 32 points, 10 more than Liverpool who are in sixth.

Of the 23 sides to have won the trophy, Liverpool hold the record for most victories, having won eight since the competition began in 1960/61.

Their last victory came in 2012 when they defeated Cardiff City on penalties but they are the current holders of the trophy.

City on the other hand won four straight titles before Liverpool’s win last season and have proven to be the team to beat in the competition.

Erling Haaland and Kevin De Bruyne scored as City downed Girona on the weekend while Liverpool bounced back from a defeat to Lyon by putting four goals past AC Milan in Dubai.

City suffered a shocking 2-1 loss to Brentford before the World Cup break and are keen to get back on track as soon as possible.

This match comes too early for Argentina forward Julian Alvarez, who has just won the World Cup but both teams boast enough talent to make this a thrilling show.

Which of these EPL giants will book a place in the EFL Cup quarters? Make your predictions here.

There are no injury concerns for Guardiola ahead of the encounter with Rodri, Ilkay Gundogan, Aymeric Laporte and Kevin De Bruyne ready to start.

Haaland will aim to continue his supreme goal-scoring exploits for City as he leads the attacking line, supported by English duo of Phil Foden and Jack Grealish.

For the reds, long-term absentees Diogo Jota and Luis Diaz are the main injury concerns ahead of the showpiece.

Their attacking trio of Mohamed Salah, Roberto Firmino and Darwin Nunez are all fit and are tipped to start to provide the attacking threat.

Jordan Henderson may be preferred in midfield alongside Curtis Jones as Fabinho is relegated to a place on the bench.

The Citizens have not beaten Liverpool since February 2021 and have a poorer record, winning only 10 games from the 55 they have played.

Liverpool have won 26 times and the remaining 19 have resulted in a stalemate.

Both sides have only lost one game in their last five but City have won all the remaining four, while Liverpool shared the spoils in the barren Derby draw before a shootout triumph.

There is never a dull fixture between these two sides and both teams scoring is almost always a guarantee, this one will not be any different.

However, City are tipped as favorites to win due to home advantage.