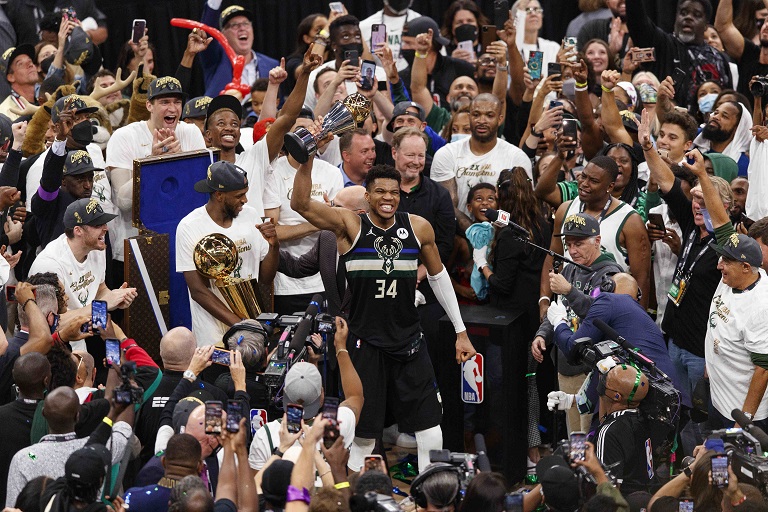 On Wednesday, Giannis Antetokounmpo hit a remarkable 50 points to inspire the Milwaukee Bucks to a first NBA title in 50 years.

The 26-year old has already written his name down in the history books as he became the first player in NBA history to score 50 points, 10 rebounds and 5 blocks in a finals game.

He also became the first player to tally 40 points, 10 rebounds and five blocks in a playoff game since Shaquille O’Neal in 2001.

The late Kobe Bryant called the win two years ago and 4x NBA Finals MVP LeBron James lauded the ‘Greek Freak’ after the 4-2 series win over the Phoenix Suns.

At 18, he was drafted by the Milwaukee Bucks with the 15th selection in the first round and the rest as they say is history.

He bagged his first triple-double at 21, before being selected for his maiden All-Star appearance the next year and by the time he was 24 he was already named MVP.

It’s no secret that the future holds so much more for Giannis and with one championship ring in the bag, there’s no telling what’s next for the Greek Freak.