GHANA IN A DO OR DIE MENTALITY AHEAD OF CRUCIAL SOUTH KOREA TEST. PREDICTION 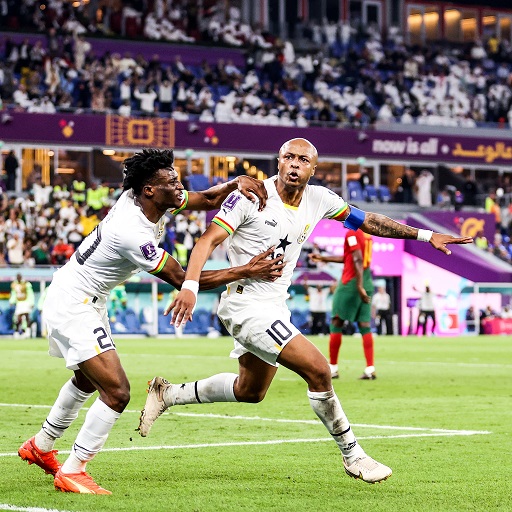 Ghana know how important this game against South Korea is if they are to keep any hope of qualifying for the knockout stage at the Qatar World Cup.

This is arguably their easiest game on paper in Group H and they need to bag all 3 points to avoid an early exit.

The Black Stars are the only team in the group without a point after losing 3-2 to Portugal in their opening fixture, while South Korea played out to a barren draw against Uruguay.

By avoiding defeat in their opening game, the Tigers of Asia come into their clash with Ghana having only lost one of their last 10 in all competitions.

Though South Korea failed to post a shot on target for the second time in four World Cup games during the Uruguay stalemate.

Ghana have scored in 6 consecutive World Cup games and need this streak to continue because defeat here will knock them out of the tournament.

South Korea have failed to win 9 of their last 10 matches in the FIFA World Cup while Ghana are winless in their last eight games in the competition.

Ghana have conceded at least two goals in their last four matches in the FIFA World Cup, thus these games have produced over 2.5 goals.

Will this stat work in Ghana’s favor? Click here to make your predictions for this clash.

What time does Ghana vs South Korea start?

The game kicks off at 4pm Kenyan time at the Education City Stadium.

Coach Otto Addo is predicted to switch to a four-man defense as they strive to find viable attacking options.

Osman Bukari and Kamaldeen Sulemana are pushing for starts in a more attacking setup for the Black Stars.

Jordan Ayew is likely to maintain his starting role in the final third, alongside Inaki Williams to provide the goals for Ghana.

Hwang Hee-chan – who was an unused substitute on Thursday – is dealing with hamstring discomfort and will not be able to feature here.

Though the fitness of Tottenham Hotspur forward Son Heung-Min is enough as he is set to lead the attacking line.

Ghana have been the better side in their recent encounters against South Korea, picking up 3 wins in 4 games.

The last six meetings between them have produced over 2.5 goals, with both teams scoring in seven of these nine games.

Both teams have won twice in their last five games, but South Korea have only lost once in that run, compared to Ghana’s 3 defeats.

There has never been a lack of goals in this encounter and this will not be any different, both teams will score and Ghana are expected to win this game.