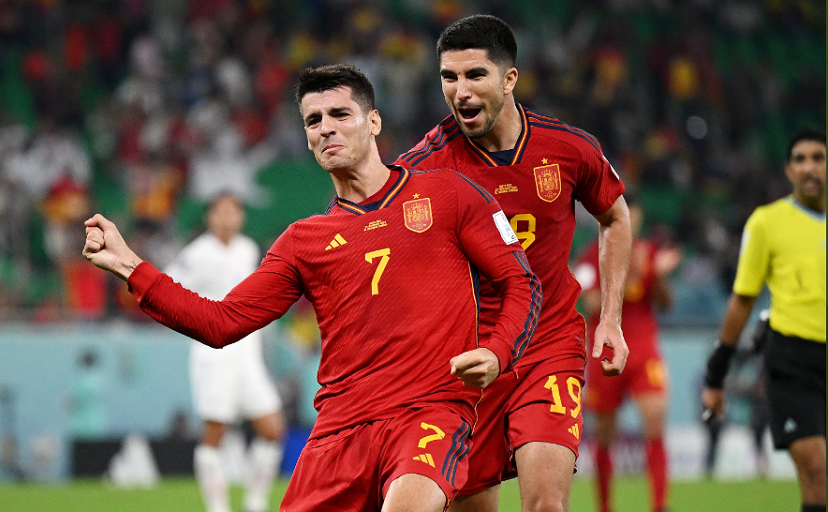 The biggest match-up at the 2022 FIFA World Cup is upon us as Spain battle it out against Germany in a do or die clash for the latter in Group E.

Spain began their campaign with their biggest ever win at a World Cup, demolishing Costa Rica 7-0 last Wednesday.

For the first time since 2006, Spain managed to win their opening game at the World Cup, and it was inspired by a Ferran Torres brace.

Their opponents were not so lucky as they suffered humiliation in a 2-1 upset by Japan, leaving them pointless at the bottom of the pile.

Spain have only ever won the World Cup once in 2010 when they beat Netherlands 1-0 in the final in South Africa courtesy of an Andres Iniesta goal.

Germany on the other hand are four-time World Cup winners with their last triumph coming in 2014, another 1-0 victory over Argentina in the final.

Spain have endured a difficult period, with elimination at the group stage in 2014 followed by a last-16 exit on penalties against 2018 hosts Russia.

Germany are at risk of being knocked out in the group stages just as they were in 2018 and this is being regarded as the ‘first final’ in Qatar.

Should Japan avoid defeat against Costa Rica in the earlier kickoff on Sunday, Germany must beat Spain if they wish to avoid back-to-back group-stage eliminations.

Can Spain make it two straight wins and condemn Hansi Flick’s side to yet another disappointing exit from the tournament?

What time does Spain vs Germany start?

Manchester City duo of Aymeric Laporte and Rodri are likely to maintain their pairing in defense in what is likely to be an unchanged XI.

Teenage sensation Gavi, who also scored in the opening game, will start in midfield alongside Sergio Busquets and Pedri.

Marco Asensio, Dani Olmo and Ferran Torres were all on target as well and will retain their starting roles as Alvaro Morata features from the bench once more.

For the Germans, a back four of Niklas Sule, Antonio Rudiger, Nico Schlotterbeck and David Raum will be retained.

Leroy Sane missed the opening game and is not yet fully match fit but may feature as a substitute, meaning Kai Havertz, Serge Gnabry and Thomas Muller will start.

Youssoufa Moukoko came off the bench last time out and may be given more time in this encounter.

Spain vs Germany head to head

These sides have gone up against each other 8 times in the past and Spain have been victorious on four occasions, including a 6-0 hammering in 2020.

Germany have won twice and the remaining two games have resulted in a stalemate.

La Roja have won 4 and lost just once in their recent run of five games, a 2-1 defeat to Switzerland.

Germany have not been impressive in recent games and have lost twice and won twice in a similar run of 5 matches.

It is unlikely that this game will be goalless with both teams possessing enough quality to find the back of the net. Though with all the pressure brought about by the immensity of the game, it could end in a draw.