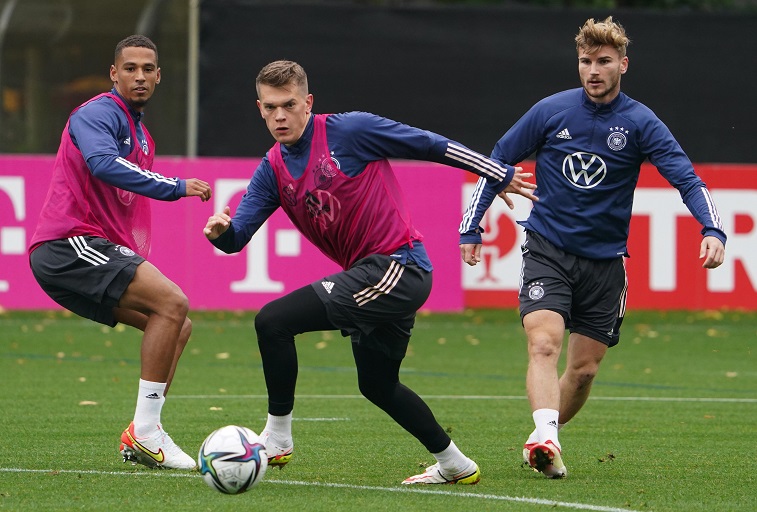 Group J leaders Germany are seeking to extend their lead at the top when they take on Armenia on Friday evening.

Germany continued their charge for a place in the World Cup last time out as they claimed an emphatic 4-0 victory over Iceland on 8 September.

Prior to that, Hans-Dieter Flick’s men eased past Liechtenstein and Armenia, netting eight goals and conceding none.

Romania on the other hand were held to a disappointing draw against North Macedonia last time out and will be looking to bounce back from that performance.

Here we have a look at both teams ahead of the mouthwatering encounter. Play here to make your predictions.

What time does Germany vs Romania start?

The game kicks off at 9:45pm Kenyan time at the Volksparkstadion.

Robin Gosens and Ilkay Gundogan are the only absentees for the German outfit who otherwise have a fully fit squad to pick from.

Leon Goretzka and Joshua Kimmich are set to start in the heart of midfield to provide for the front line.

It will be interesting to see who will start between Leroy Sane, Kai Havertz, Timo Werner and Serge Gnabry.

For the visitors, will have to cope without the services of Dragos Nedelcu, who has been suspended due to accumulated yellow card bookings.

Germany vs Romania head to head

These teams have met 14 times and Germany have won nine times.

Romania have won two games and three have resulted in draws.

The hosts have won three times, drawn once and lost another in their last five matches.

Romania on the other hand, have won twice and lost twice in that run.

The Germans are on a good run of form and they are favorites to come out winners on the day.