GABON NEED TO AVOID DEFEAT AGAINST MOROCCO TO QUALIFY. WILL THEY? PREDICTION 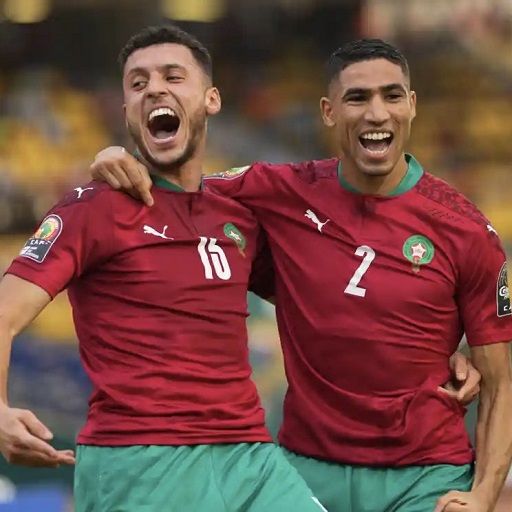 Morocco will play Gabon on Wednesday looking to finish top of Group C, having already qualified for the knockout stages.

The North Africans are atop the standings with 6 points after two wins from their two opening games.

Morocco maintained their 100% record at the Africa Cup of Nations as they eased to a 2-0 victory over Comoros last time out.

Gabon on the other hand are in second place with 4 points, still unbeaten at the 2022 Africa Cup of Nations.

Gabon need to avoid defeat if they are to qualify for the next round, even a draw will guarantee progress to the knockout round.

Ghana are in third on the group with only a point to their name but if they win and Gabon lose, they could just squeeze through.

Will Gabon secure a place in the next round? Play here to make your predictions.

What time does Morocco vs Gabon start?

The game starts at 10pm Kenyan time at the Stade Ahmadou Ahidjo.

There is no reason that there will be any changes to the Moroccan team that has started both games thus far in the competition.

For Gabon, Arsenal forward Pierre-Emerick Aubameyang is set to make his first appearance at the finals.

Mario Lemina and Axel Meye are also in line to make their debuts at this years finals after they all recovered from covid.

Morocco vs Gabon head to head

Gabon have the advantage, winning 4 times out of the 9 matches played between these two nations.

Morocco have won twice and the remaining three have resulted in a stalemate.

Morocco come into the game on a six-match winning streak while Gabon have lost twice in their last five matches.

There is more on the line for Gabon and with the return of their star players, they will give their opponents a run for their money. However, they could share the spoils in this encounter.