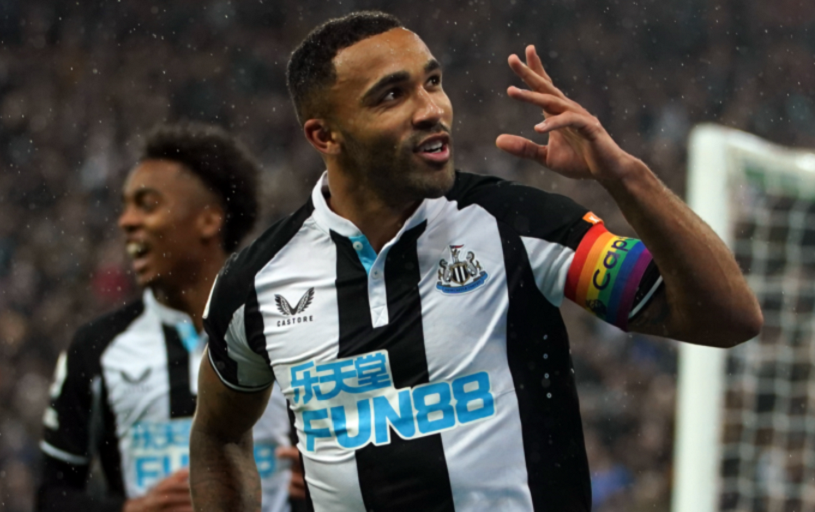 Matchday 15 of the English Premier League brought with it a shuffle at the top of the table as Manchester City took over top spot after a 3-1 away win at Watford.

Pep Guardiola’s side took advantage of Chelsea’s second league defeat as the Blues went down 3-2 to West Ham at the London Stadium on Saturday.

Chelsea are now in third place with 33 points, two points off the top with Liverpool separating them and the current league leaders.

Newcastle finally got off the mark this season with their first win in a 1-0 triumph against Burnley on Sunday to give them 10 points.

Everton rounded up the matchday fixtures with a dramatic 2-1 victory against Arsenal on Monday night, a first win for Rafael Benitez’ side in 8 games.

A total of 27 goals were scored over the weekend and here SportPesa’s Blog has a look at the top five things learned:

Despite Tottenham winning their third straight game in a 3-0 victory against Norwich over the weekend, Harry Kane is still absent.

The England striker has only scored one goal all season and has failed to register a single assist, begging the question, what has happened to him?

The usually prolific striker is not himself and has only registered three shots on goal in his last three matches.

Spurs next game is away at Brighton, which is not an easy fixture on the road but the world still awaits Kane to show up and show what we all know he is capable of.

Since the departure of Ole Gunnar Solskjaer, Manchester United are unbeaten in their three league matches and made it two consecutive wins over the weekend.

This was their first game under new manager Ralf Rangnick and from the get go, they looked a brand new squad displaying quality in their attacking and sublime passing.

United had plenty chances to score goals but lacked the finishing capabilities though the improvement in their style of play was commendable.

The victory left them in sixth place with 24 points and they are looking to make it three wins in a row when they take on bottom side Norwich next.

It has not been a problem for the Blues coping without record signing Romelu Lukaku, who has been out for 8 weeks with an injury, but it’s showing now.

Indeed, they have had 14 different goal scorers and have only lost twice this season but the loss to West Ham showed that they need a dependable forward.

From 19 goal attempts, the Blues only scored twice and they had plenty chances to put the game beyond the Hammers and were undone late in the second half.

Lukaku came on to replace Kai Havertz but the Belgian forward doesn’t look like the attacking threat he was when the season began and it is a worry for Thomas Tuchel, if he wants to challenge for the title this season.

IS THIS REALLY WEST HAM?

The Hammers have displayed a different kind of winning mentality under David Moyes this season and it’s admirable the heights they have proven they can attain.

Their efforts have seen them maintain their top five status throughout the opening stages of the season and are currently in 4th place with 27 points.

West Ham have already beaten Liverpool, Manchester City, Manchester United, Tottenham and Chelsea in all competitions this season and don’t seem to be letting up.

Everything seems to be working for the former Everton boss and players such as Jarrod Bowen have really found their form under their manager.

After being appointed manager of Crystal Palace, Patrick Vieira seemed to be the right man for the job with a good string of results to save the faltering team.

But since then, Palace are on a miserable run of form that has seen them lose three consecutive games and drop to 14th with 16 points.

Defeats to Aston Villa, Leeds and most recently Man United have raised questions about whether he is the right man for the job.

It seems now with the wretched form they are on, the goal is to avoid relegation this season.