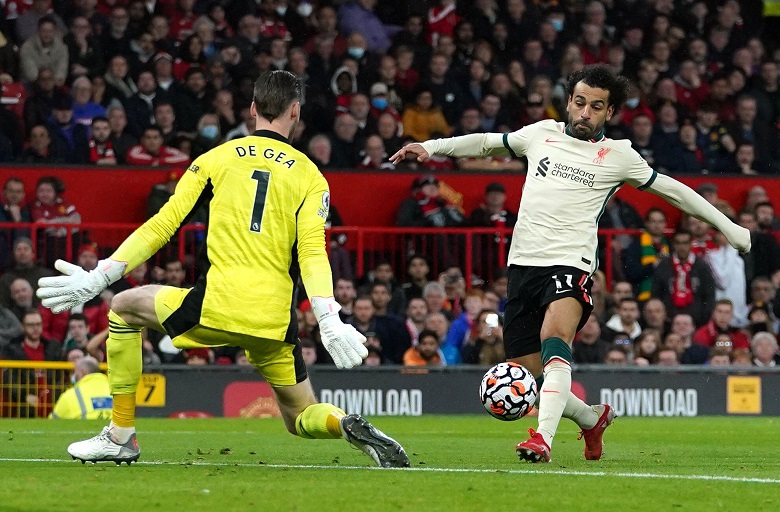 After matchday 9 in the English Premier League, Chelsea remain at the top of the table after a convincing 7-0 demolition of Norwich City on Saturday.

The Blues have only conceded three goals thus far and command the EPL table with 22 points, one ahead of closest challengers Liverpool.

The Reds had an outstanding weekend, condemning Manchester United to one of their worst Premier League defeats with a 5-0 hammering at Old Trafford.

The defeat saw Man United drop to seventh place with 14 points after failing to win in their last four league games.

A season record of 40 goals were scored over the weekend and here we have a look at the top five things we learned from matchday 9 in the English Premier League.

Thomas Tuchel’s charges have repeatedly shown their ability and intent to go for English top flight glory and the 7-0 demolition of Norwich was yet another statement.

They have had 13 different goal scorers in 9 games and they are on the form of their life, scoring 23 times and letting in just three.

Mason Mount stole the headlines on the day with his first Chelsea hat-trick with Ben Chilwell, Callum Hudson-Odoi, an Aarons own goal and a wonderful effort from Reece James completing the win.

Chelsea’s next run of games don’t look like the kind that could force them to drop points so it’s looking great for the European champions.

Nobody was confident in Man United as they prepared to host high-flying Liverpool, but we cannot say that we expected the game to go like that.

Mohamed Salah’s hat-trick inspired the rout in a rather one-sided affair, as United succumbed to one of their most embarrassing defeats in the top flight.

Ole Gunnar Solskjaer’s job is under more scrutiny than ever and indeed, a lot of tough decisions have to be made at the club if anything is to change.

After a horrible start to the 2021/22 campaign that saw them lose three of their opening league games, Arsenal have now gone five games without losing.

They kicked off matchday 9 of the EPL with a 3-1 win against Aston Villa on Friday courtesy of goals from Thomas Partey, Pierre-Emerick Aubameyang and Emile Smith-Rowe.

They have now won three times and drawn two in their last five games to move them up to 10th place with 14 points, level with Leicester, Everton and Man United.

The defeat was Aston Villa’s third in a row following losses to Wolves and Tottenham Hotspur.

The Foxes battled to a 2-1 away victory at stubborn Brentford to push them up to ninth place on the log with 14 points.

Jamie Vardy was taken off at halftime but this did nothing to stop his side from taking all three points to add onto an impressive 4-2 win against Man United last time out.

Youri Tielemans scored an absolute beauty to open the scoring and after a Mathia Jorgensen equalizer, James Maddison sealed the win with his first league goal of the season.

Zambia forward Patson Daka entered the fray in the second half and provided the assist and it’s great to see Leicester with efficient attacking options.

TOO EARLY TO CALL RELEGATION?

Yes, we are nine games into the new season but the bottom teams are not showing any signs of staying up.

Norwich have two points from nine games and it doesn’t look like they can find 10 games to win this season, with the way they are playing.

The Canaries have already let in 23 goals and have only scored twice, the last goal coming in a 3-1 defeat to Watford five games ago.

Above them, Newcastle and Burnley are also winless after nine games and are tied with 4 points.