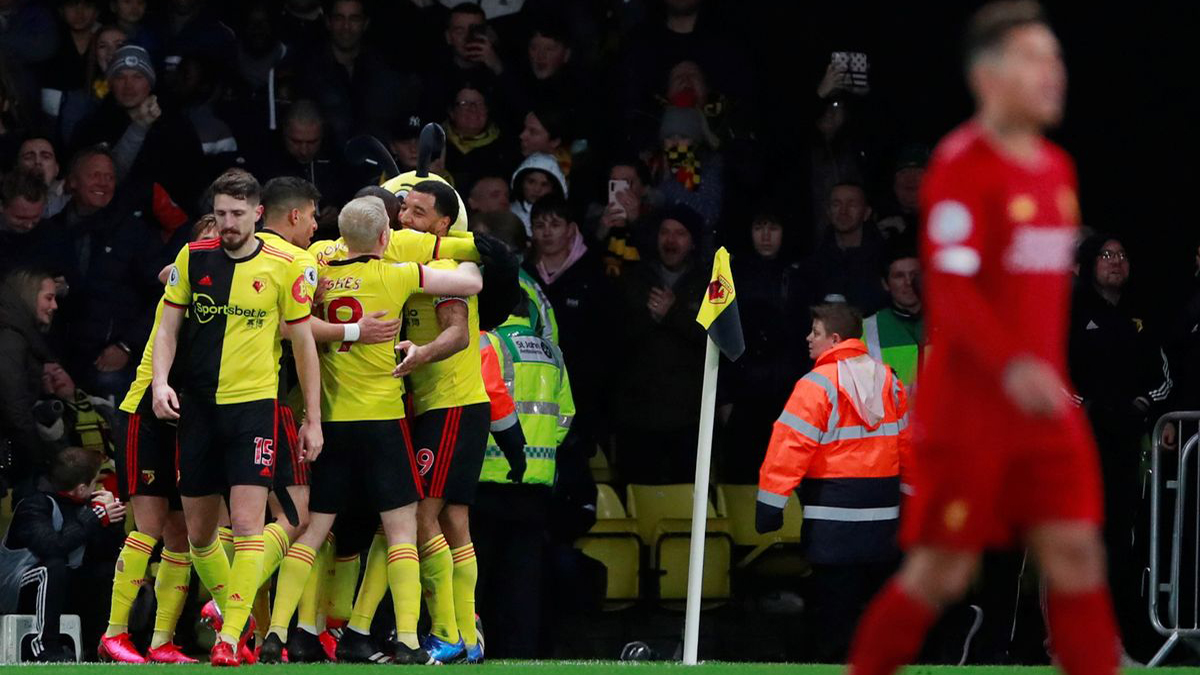 Watford’s recent 3-0 win over Liverpool was undoubtedly the biggest shock this season as the runaway league leaders were humbled by the team second from bottom. Here, SportPesa looks back at some of the Premier League’s surprising upsets.

ALL SPORTPESA’S FOOTBALL ODDS CAN BE FOUND HERE

Not much was expected from Hull City when they were promoted to the Premier League in 2008. The Tigers were armed with desire and commitment, but in terms of star quality they were dwarfed by all in the topflight, and that included a talent laden Arsenal side. The Gunners took the lead when Paul McShane turned into his own net, but goals from Geovanni and Daniel Cousin put Hull in front and they managed to hold on to record a memorable win.

A lot was at stake when Bradford City welcomed Liverpool on the final day of the 1999-00 season. The home side needed a win to avoid relegation and the visitors craved three points that would cement a Champions League place. Liverpool were overwhelming favourites, but a David Wetherall goal the game’s only strike as Bradford recorded a famous win that ensured they breathed another season longer in the big league.

Manchester United had high hopes at the beginning of the 2014-15 season and an early visit to Leicester City appeared to be a straightforward fixture as they raced into a 3-1 lead. Leicester, showing some initial signs of the spirit that would bring them Premier League glory the following season, refused to surrender and a rampant attacking display saw them emerge 5-3 victors.

Chelsea were a dominant force for sustained periods under Carlo Ancelotti, but despite the wealth and talent at their disposal, they were no match for a rampant Sunderland side halfway through the 2010-11 season. With Asamoah Gyan and Danny Welbeck in stunning form, Chelsea, featuring the likes of Ashley Cole and Didier Drogba, were no match for the Black Cats who ran out deserved 3-0 winners.

Manchester City were defending champions halfway through the 2018-19 season and they were on their way to retaining their crown following a stunning tussle with Liverpool. When Crystal Palace visited the Etihad in December of that season, it was expected to be a massacre for City, but they were torn apart by a brilliant Palace effort who countered brilliantly and punished City throughout. A late City rally gave the final score some credibility, but Palace were worthy winners.