CAN FIORENTINA GO JOINT-TOP OF SERIE A WITH VICTORY AGAINST INTER MILAN? PREDICTION 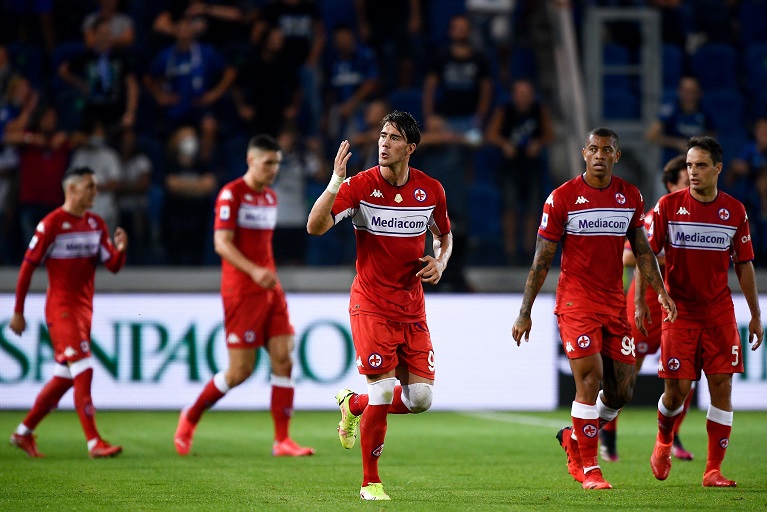 Fiorentina have the chance to go joint-top of the Serie A if they can bag all three points against Inter Milan on Tuesday night.

Both sides are experiencing a good run of form but Inter maintain an unbeaten start to the 2021/22 season.

Fiorentina are currently in fifth place with 9 points, two behind Simone Inzaghi’s men who are second with 10.

After the opening day defeat to AS Roma, Fiorentina have won three in three against Torino, Atalanta and Genoa.

This is the first time the home side have won three consecutive games in a Serie A season since October 2019.

The game has the potential to be a cracker of an encounter and you can play here to make your predictions.

What time does Fiorentina vs Inter start?

The game kicks off at 9:45pm Kenyan time at the Stadio Artemio Franchi.

Lorenzo Venuti remains sidelined with a shoulder injury, meaning Alvaro Odriozola is set to start in the right-back position.

Alfred Duncan while Giacomo Bonaventura will be the pair in midfield for the hosts, joined by Lucas Torreira.

Dusan Vlahovic will be the key man up front.

For the visitors, Stefano Sensi, Arturo Vidal and new signing Joaquin Correa are all injured ahead of their trip to Florence.

Edin Dzeko is expected to lead the line after initially being rested last time out and Alexis Sanchez will be hoping for now what has become a rare start.

Fiorentina vs Inter head to head

The hosts have a poor record against Inter Milan, with their last victory against them coming in 2019.

In total they have only managed 10 wins in 44 games, compared to Inter’s 26 victories.

Inter have won three and drawn just one of their last four matches whilst the home side lost the opening Serie A fixture, they have gone on to win the last three games since then.

There is no doubt that both teams will get their names on the scoresheet but the poor run of matches against Inter may push Fiorentina to settle for a draw at best.