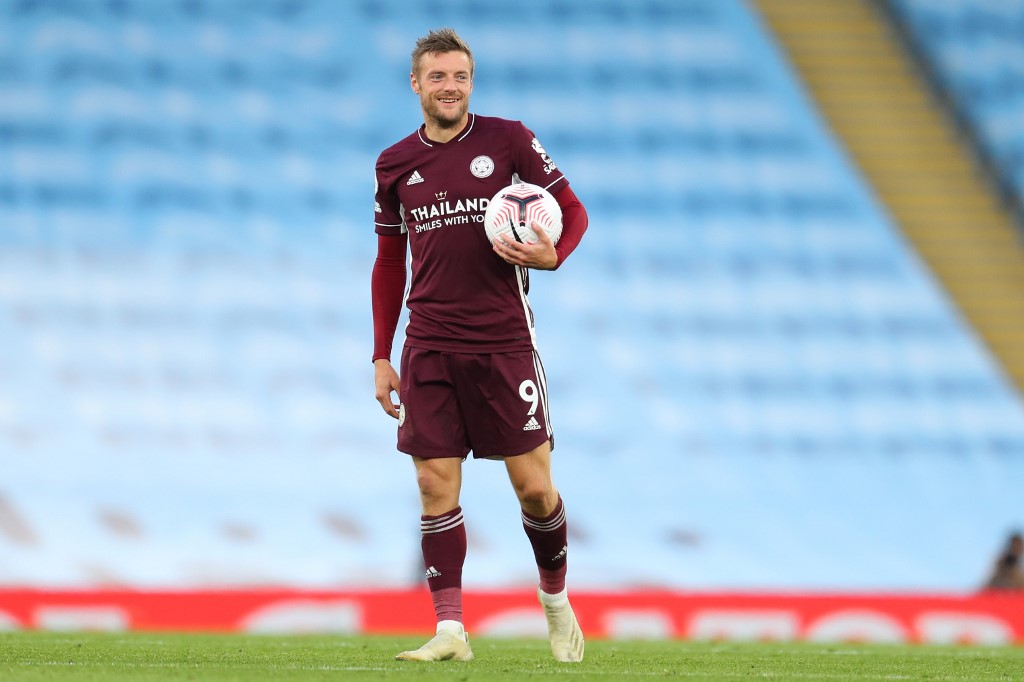 At the end of every season in the top flight, aside from the title-winning side, there are individual honors that make a huge impact on a player’s career and the Golden Boot Award tops that list.

This particular award has been handed out since the inception of the Premier League during the 1992/93 season and has been won by a total of 23 different players.

Arsenal legend and now Montreal Impact FC coach Thierry Henry has won a record four times. Also, him and Alan Shearer are the only players to have won it three times in a row.

A lot has changed since then and now we have midfield players who are among the leading scorers. Here we have a look at the last 10 winners of the coveted award.

At 33 years old, Vardy became the oldest player to win the Golden Boot after he finished an astonishing campaign with 23 goals to his name.

Despite not getting on the score sheet in the last game against Man United, he still beat Arsenal’s Pierre-Emerick Aubameyang and Southampton’s Danny Ings by a solitary goal.

His goal-scoring exploits however could not help the Foxes better their fifth-place finish, four points behind Chelsea and United.

This season was the third time that three different players have scored the same number of goals, forcing them to share the award.

Manchester City were the eventual winners of the EPL title but out of the three joint winners, Mane had a more outstanding season and the Champions League title at the end of the campaign was the icing on the cake.

Following an unsuccessful stint with Chelsea, Salah left Roma and returned to the EPL seeking redemption, this time at Anfield.

Salah responded to his critics in sublime fashion, netting a remarkable 32 goals, breaking the record for most goals scored in a 38-game league campaign.

Salah has continued to prove his worth under Jurgen Klopp and he does not look as though he will stop anytime soon.

After an incredible run saw Kane score 29 goals in 30 games, including four hat-tricks, there was no doubt that he stamped his name among the best strikers in world football.

His remarkable exploits also earned him a spot in the PFA Team of the Year despite Spurs going yet another season without a piece of silverware.

Kane still boasts the best goal to game ratio any Golden Boot Winner has ever achieved.

Kane’s first Golden Boot came during this season that was undoubtedly overshadowed by the miracle Leicester City pulled off to win the league title.

Despite finishing third, the now England captain held his head high due to his exemplary campaign that saw him bag 25 goals.

There’s plenty that is strange when it comes to the Argentine and his Golden Boot story. Firstly, he has only won it once in his career.

Many would find that hard to believe and even harder that despite his 26 goals during the season, he still did not win the Player of the Year award or even make it into the team of the season. Crazy right?

All those goals plus his eight assists were not enough as Man City could only manage a second-place finish, eight points behind champions Chelsea.

The Liverpool ‘bad boy’ was always in the midst of controversy but this season marked the most incredible one that a striker has had at Anfield.

He bagged a then record of 31 goals and as well as that, he won the Player of the Year award and the European Golden Shoe.

A highlight of Suarez’ impressive campaign was two wonder goals against his favorite opponents Norwich City, with his 4 goals guiding them to a 5-1 win.

Many remember the thumping volley that Van Persie scored against Aston Villa during his first season for United. What a goal that was!

Immediately after breaking hearts all over the world with a move from Arsenal, the flying Dutchman scored 26 goals to help United clinch the league title during Sir Alex Ferguson’s last season in charge.

Van Persie’s last season with the Gunners was arguably his best, going out with a resounding 30 goals during the campaign.

He continued his usual of scoring important goals with a fascinating hat-trick in a derby day victory against Chelsea, with all his exploits ensuring he won the Player of the Year award that season.

This was the first and only time that there have been two winners of the Golden Boot Award.

Both Manchester clubs had their forwards to thank for banging in 20 goals throughout the 2010/11 campaign.

Berbatov’s 20 goals ended up being the ones that mattered most as United cruised to Premier League glory with 80 points, nine ahead of second place Chelsea.