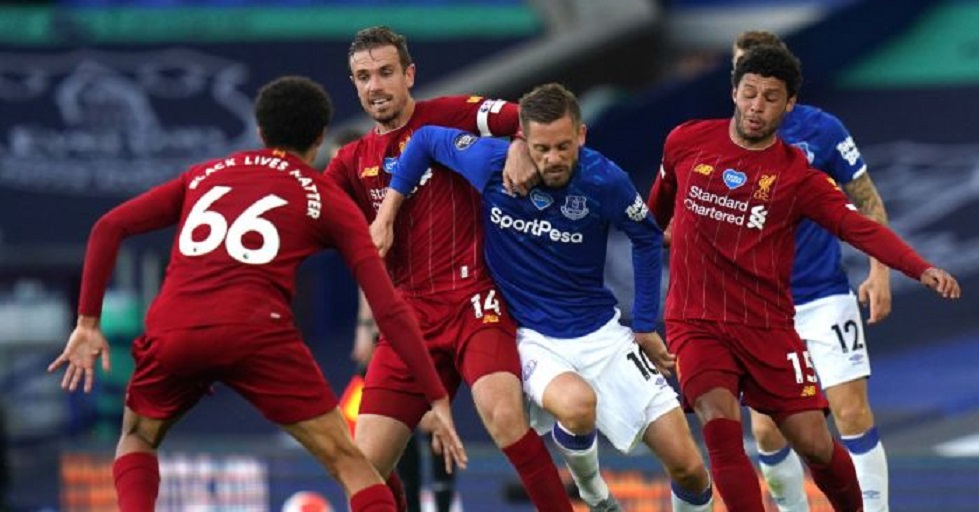 The English Premier League champions are on their worst run off form in decades as they come into the game on the back of three straight league defeats, the most recent being a 3-1 humiliation by Leicester City FC.

Their city rivals Everton are just a place behind them with 37 points and will know that if they can avoid defeat against the champions they will remain hot on their heels, with a chance to restore pride if they can manage to finish on top of the reds at the end of the 2020/21 season.

The Reds have won just two of their eight top-flight outings so far this calendar year and have lost five of those – incredibly already suffering as many league defeats in 2021 as they did from 72 matches in both 2019 and 2020 combined.

Indeed, it is now more than two months since the Reds won a game on home turf, and you have to go back to 1923 for the only previous time Liverpool have ever lost four consecutive home league games in any division.

Everton themselves were the last reigning top-flight champion to suffer that fate way back in 1928-29, which gives a stark illustration of just how poor Liverpool’s form has been at home especially.

SportPesa Kenya’s blog has a look at all you need to know ahead of the mouth-watering Merseyside derby.

What time does Liverpool vs Everton start?

Fabinho and James Milner are the latest on the injury list for the home side and join long-term absentees Virgil Van Dijk, Joe Gomez, Joel Matip and Diogo Jota, who is expected to return soon.

Naby Keita and Divock Origi could both feature from the bench after recovering from knocks to make the bench for the midweek UEFA Champions League victory at RB Leipzig.

Mohamed Salah has maintained his scoring run and remains on top of the goal-scoring charts with 17 goals and is expected to be the main focus up front alongside usual suspects Sadio Mane and Roberto Firmino.

The visitors also received a boost with news that Allan and club top scorer Dominic Calvert-Lewin should both be fit to start to Saturday.

Calvert-Lewin has missed the last two games with a hamstring injury and will be looking to score his ninth away goal of the season, a feat that has only previously been achieved by Inter Milan striker Romelu Lukaku.

Liverpool vs Everton head to head

Liverpool have a steady advantage over their rivals when it comes to head to head matches between them, winning 24 matches compared to Everton’s 5 victories.

A massive 19 points have ended in a stalemate, including a thrilling 2-2 draw the last time these sides met on October 17 last year, with goals from Mane and Salah for the visiting Liverpool as Calvert-Lewin and Michael Keane scored for the hosts.

Liverpool have lost three games in a row, something that has not happened since January 2017, before that winning twice.

Everton on the other hand have lost their last two games and drawn another two, winning only one game in their last 5 matches.

Everton have not been able to beat Liverpool at Anfield and this weekend should not be any different, with the poor form that the reds have been on, they are expected to bounce back and win this game against their city rivals.