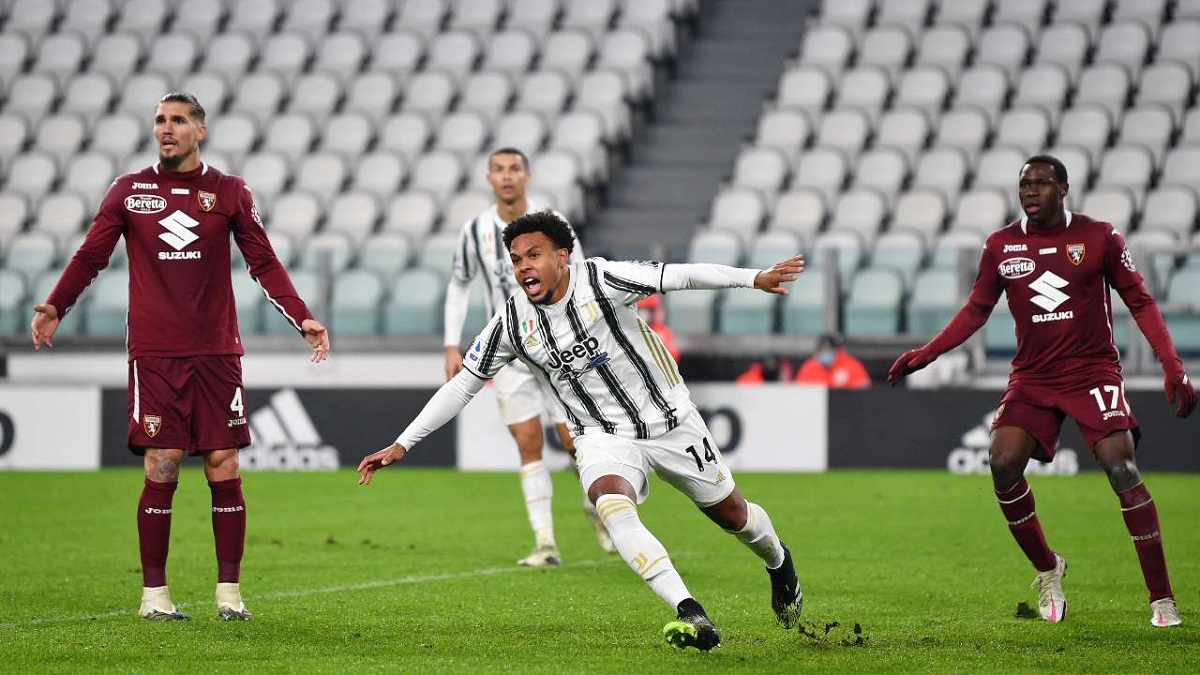 The defending Serie A champions are not enjoying one of their fairytale seasons in the Italian top flight, and resume action coming from a shock 1-0 home defeat to Benevento before the international break.

The visitors Torino have only managed 4 wins the entire 2020/21 season and are languishing in 17th place with 23 points, just one above the dreadful relegation zone.

On the other hand, Andrea Pirlo’s men are in third place with 55 points after 27 games, a staggering 10 behind league leaders Inter Milan.

Juventus have won 10 of their last 11 away encounters with Torino – including the most recent five – keeping a clean sheet on eight occasions during that spell of almost total superiority.

In fact, this weekend, they could win a sixth away derby in a row for the first time in the fixture’s long history.

SportPesa Kenya’s blog has a look at all the need to knows ahead of the weekend encounter.

What time does Torino vs Juventus start?

The game kicks off at 7pm Kenyan time at the Stadio Olimpico.

Weston McKennie apparently had a party at his house, flouting COVID-19 measures and will be unavailable, as he joins Mehdi Demiral and Leonardo Bonucci, who both tested positive for the virus.

Cristiano Ronaldo will definitely lead the attack, possibly partnered up front by Alvaro Morata though Argentine Paulo Dybala is fit again and could make a return to the starting XI.

Mergim Vojvoda will start on the right flank for the hosts after the club confirmed that Wilfred Singo suffered a thigh injury in training.

Rolando Mandragora, who is currently on loan from Juventus, is available to face his parent club alongside Antonio Sanabria with the focal point up front being Andrea Belotti.

Torino vs Juventus head to head

Torino have a poor record against Juventus, winning only once out of the 29 matches they have played against each other losing 22 times – and have conceded in each of their last 19 league meetings – with the last time they managed to shut out the Bianconeri being back in February 2008.

Both sides are coming off losses in their last fixtures but Juventus have won all four of the remaining encounters prior to this match, scoring three goals in each of the outings.

The hosts on the other hand have won twice, against Cagliari and Sassuolo, but have lost the remaining three matches.

Despite Torino improving their form in recent weeks, I do not see a way out for them, especially against opposition of such calibre. Juventus are the favorites to win this game with over 2.5 goals in the match.